Have you ever been a participant in a cardboard village? It’s an eye-opening experience to the haves and the have-nots of the world. And there are real people living out-of-home every day, every night, all year long.

During National Hunger & Homelessness Awareness Week, we wanted to give a shout-out to one of our recent clients, The Salvation Army. A recent guerrilla marketing campaign we activated spread hope to those in need. We raised awareness for The Salvation Army’s resources and rehabilitation centers.

“We took to the streets with an awesome message of hope,” says National Senior Event Manager Clara Senida. 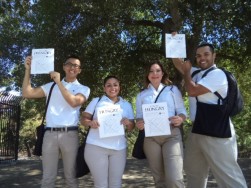 Markets served during this grassroots campaign:

The outreach street teams went into neighborhoods identified as communities where hope was needed the most. The brand ambassadors engaged with people on the streets in a warm, friendly way. By asking if the people they met knew of anyone who may need assistance, the team approached the sensitive issue delicately. We wanted to avoid profiling within the community; we didn’t want to make anyone feel ashamed or offended. Yet, we wanted to saturate the homeless community and spread a word of encouragement.

The brand ambassadors listened to people’s stories and offered an invitation to The Salvation Army’s services, if needed. They engaged everyone they met with respect and open hearts, receiving a bounty of thankfulness in return. 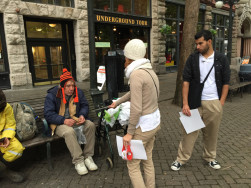 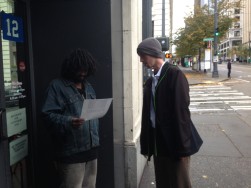 “My team and I stood out in the streets, despite the rain,” says Senida after a soggy day in Seattle. “We were spreading The Salvation Amy message of human compassion and hope for people who were down on their luck.”

One of the team’s main tasks was mass flyer distribution. They left no community bulletin board, light post or street post bare. These signs read ‘Lost’ and ‘Found’ and directed people to community resources. Placed at eye level, the team made sure this information was can’t-miss for those who needed it. The grassroots efforts focused on helping those who were lost find their way.

Also, the team had ‘Hungry’ flyers and stickers to place on or near garbage cans. The signs directed those in desperate conditions to seek out food and shelter. 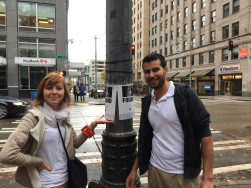 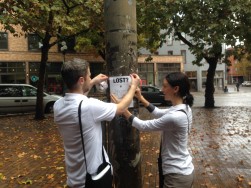 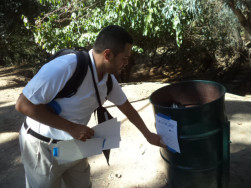 Tug-at-the-heartstrings quotes from the field: 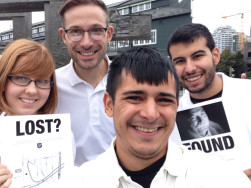 The street teams hung over 10,000 flyers across the three markets during this short guerrilla marketing campaign. And they impacted many with their encouraging outreach.

In the future, there could be a lot more impact that these teams are looking to have in the community.

They might even look to expand their efforts in a bid to reach more people in need; roping in various organizations to do their bit could also be considered.

With the help of online survey tools (check it out here) and other means to maximize outreach efforts, the involvement of other companies as well as independent supporters who wish to serve the people in need could come into the picture.

“Pure gratitude is all the team received from those they encountered,” Senida says. “I felt uplifted that we were helping these people get to a better place.”

To make a difference, please consider making a donation to The Salvation Army.

Please note, we are not affiliated with The Salvation Army. Our team was humbly touched to activate a brand campaign for them in conjunction with The Richards Group. We can do the same for you.