While out-of-home media typically reaches the masses, this mobile billboard was talking to one 15-year-old {Campaign Spotlight}

Darian Lipscomb, a (then) 15-year-old of Prospect, Virginia, had something that Carnival Cruise Line wanted. At age nine, he had created the Snapchat handle @CarnivalCruise to share snaps of his cruise experiences. Earlier this year, Carnival Cruise tracked down the teenager and devised a surprise for Lipscomb in order to obtain that very Snapchat handle.

Carnival Cruise wanted to offer Lipscomb and his family a maiden voyage on its newest ship, including flights, accommodations and other special surprises. The adventure took sail from Barcelona, Spain and included 13 days with port calls in Italy, Croatia, Malta, and Greece. The total gift was valued at $5,000.

For a 15-year-old fan of cruises, not a bad offer in exchange for his Snapchat handle…

Then, when it was time for the big reveal, the mobile billboard accompanied representatives of the cruise line all the way to Lipscomb’s doorsteps. When the young man responded to the knock on the door, he saw his name written across our large mobile billboard.

The surprise? A success!

Lipscomb accepted the cruise line’s offer and handed over his Snapchat handle. He then headed off on a memorable cruise vacation, where Carnival Cruise delivered more customized surprises throughout the trip as a way to say thanks for @CarnivalCruise. to create a once-in-a-lifetime experience for Lipscomb.

While the mobile billboard may have been designed for an audience of one, this campaign was picked up by several news outlets. The slew of publications featuring this story included: The Washington Post, CNBC, Business Insider, Travel + Leisure, New York Post and several local channels, to name a few.

Lipscomb had his moment of fame…and a fabulous, unforgettable trip of a lifetime! 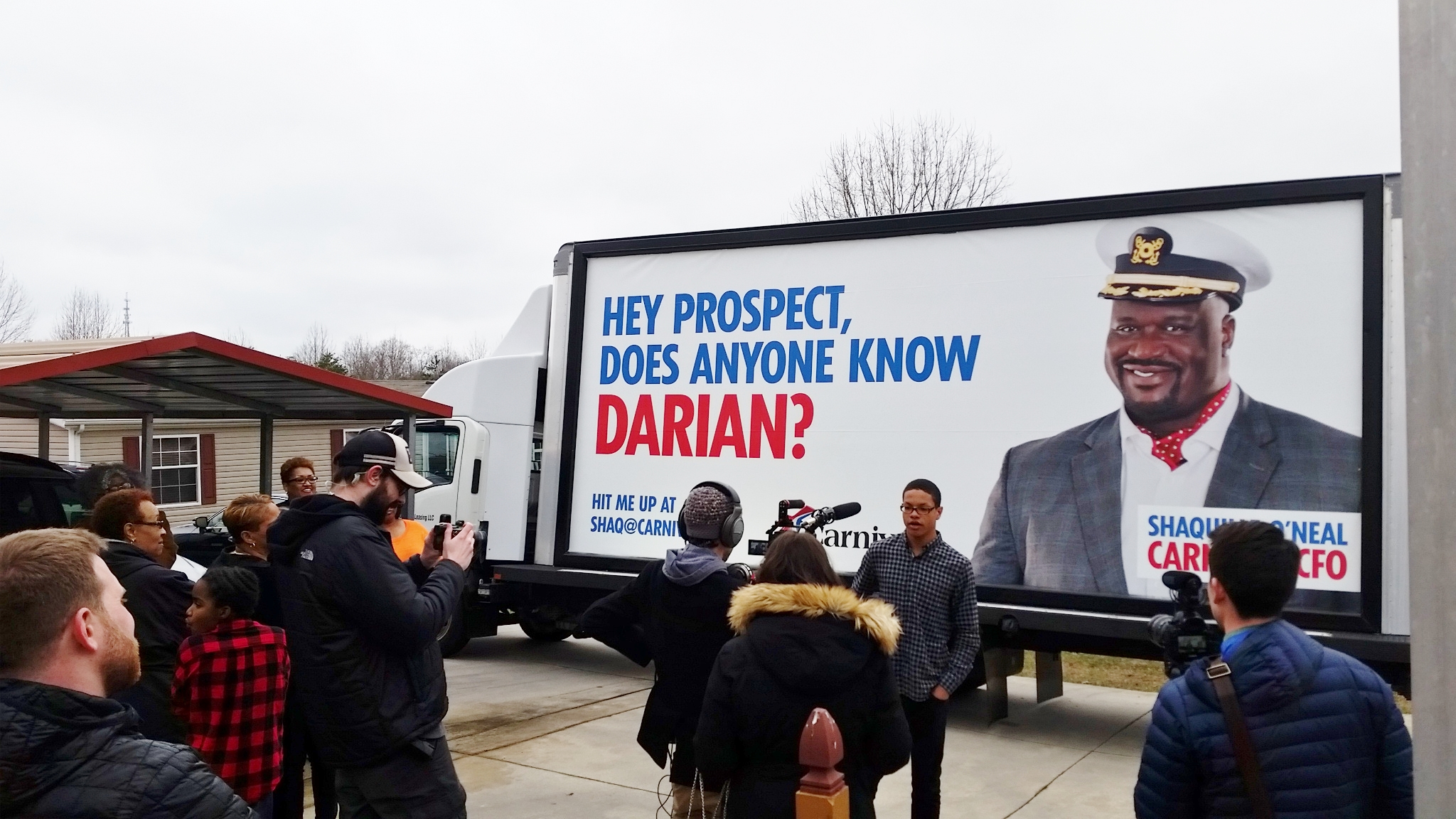 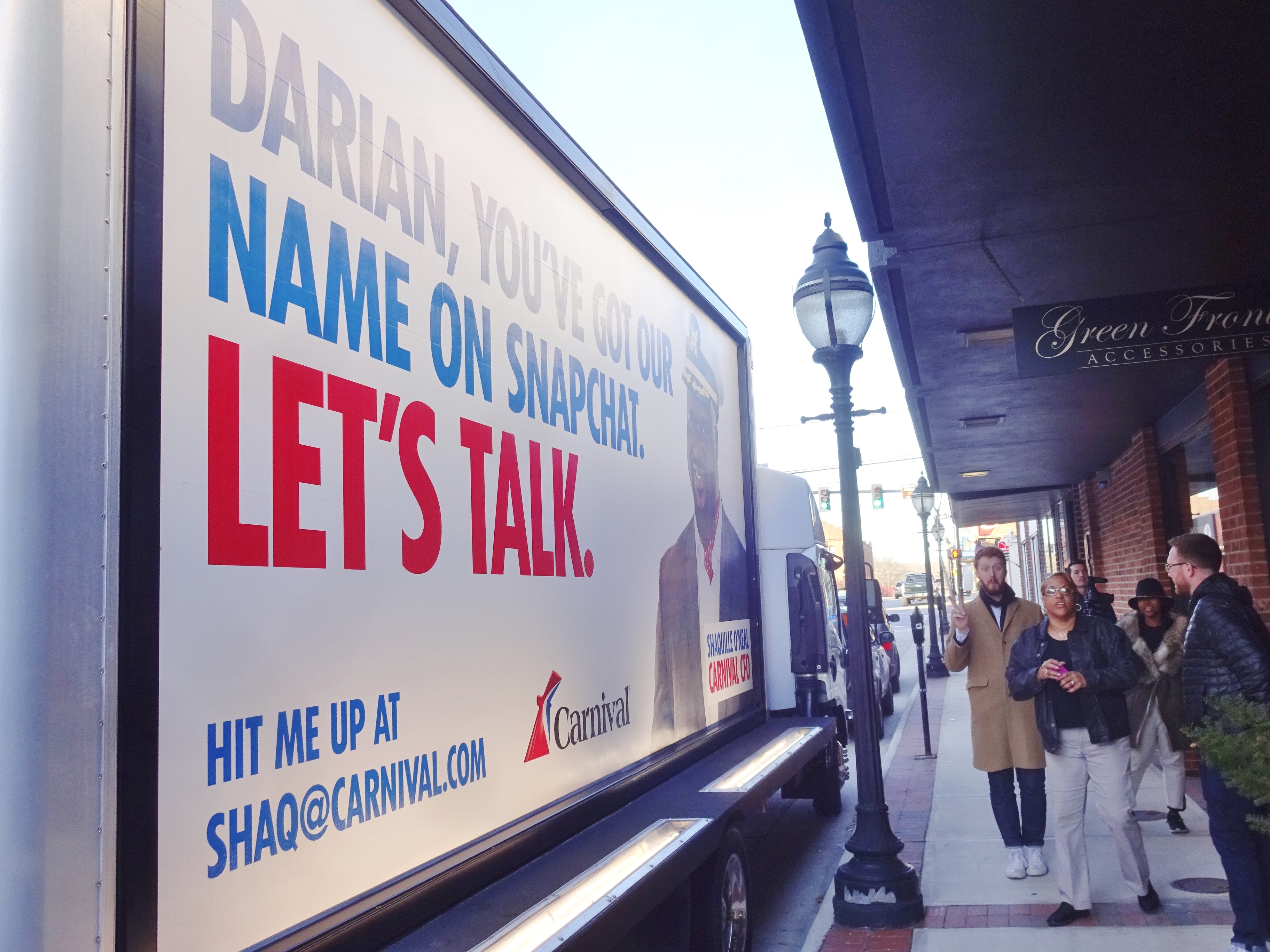 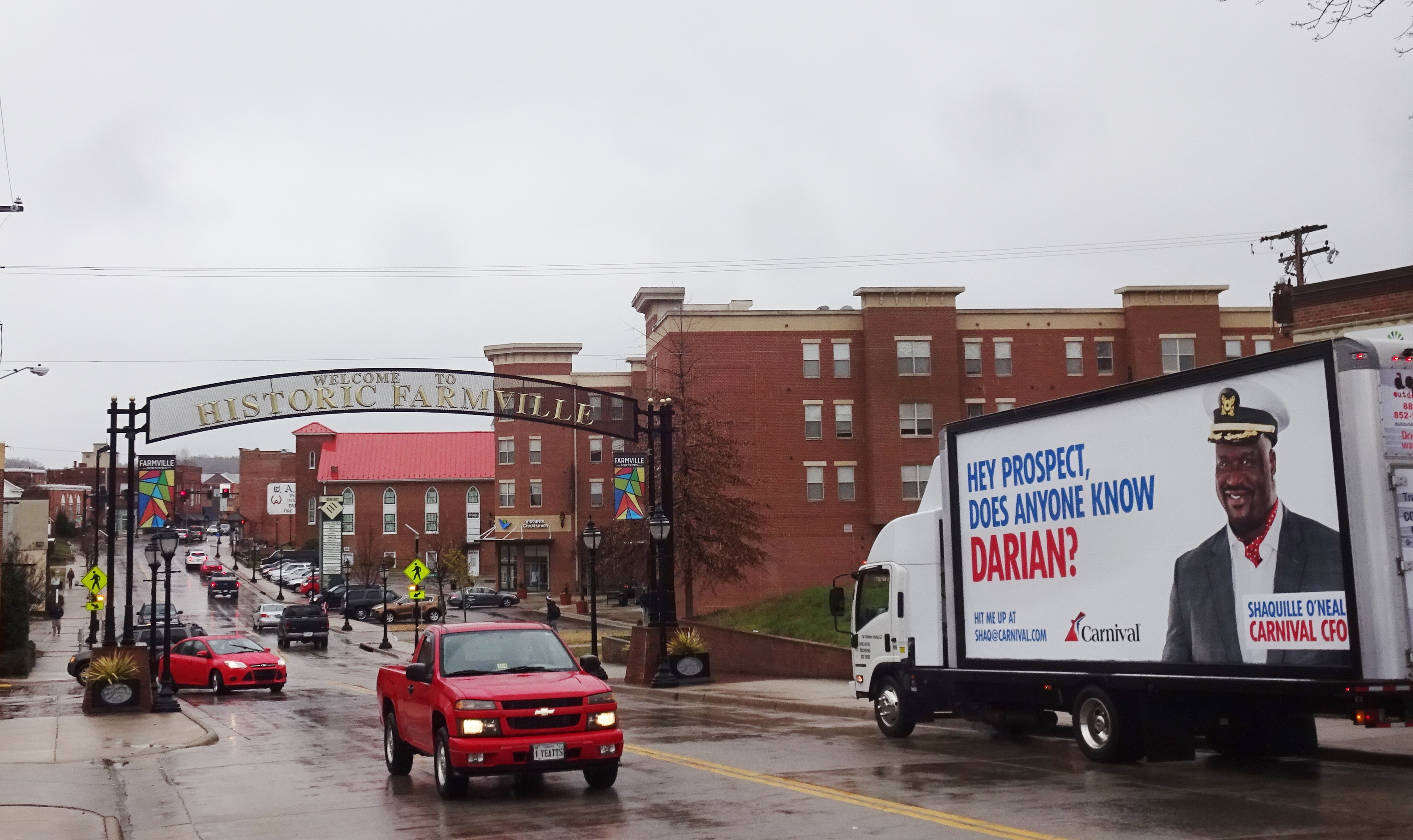 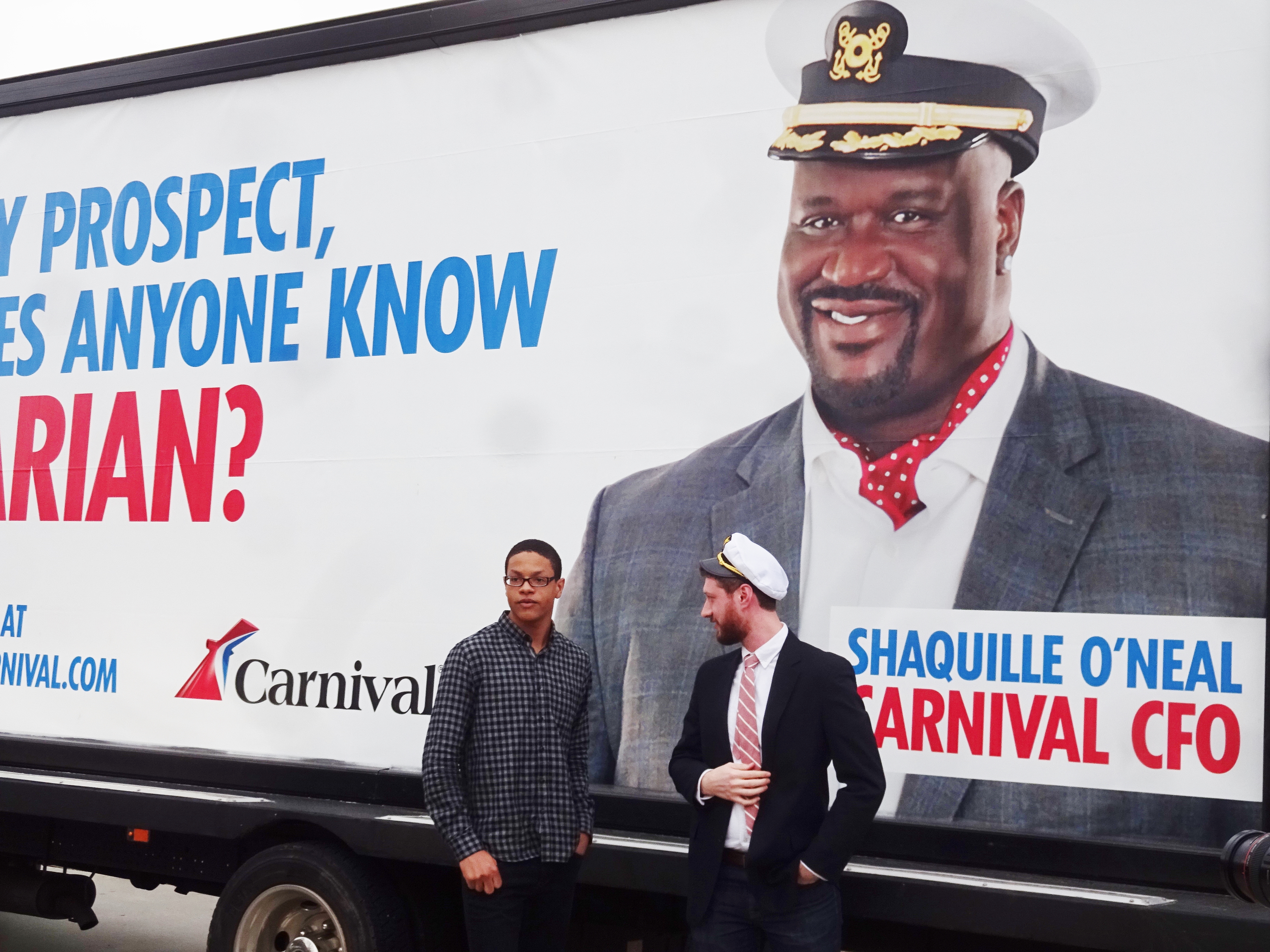 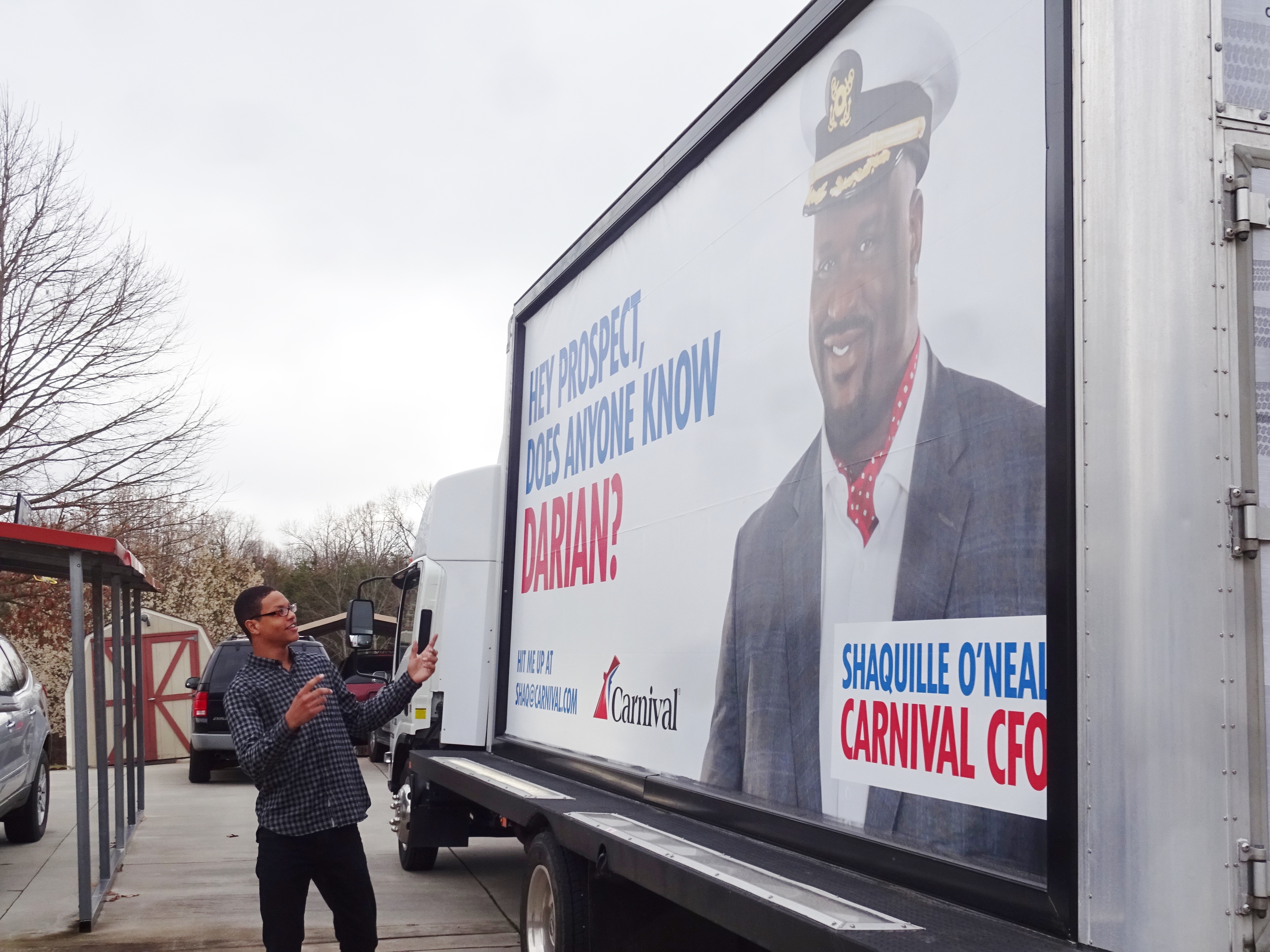 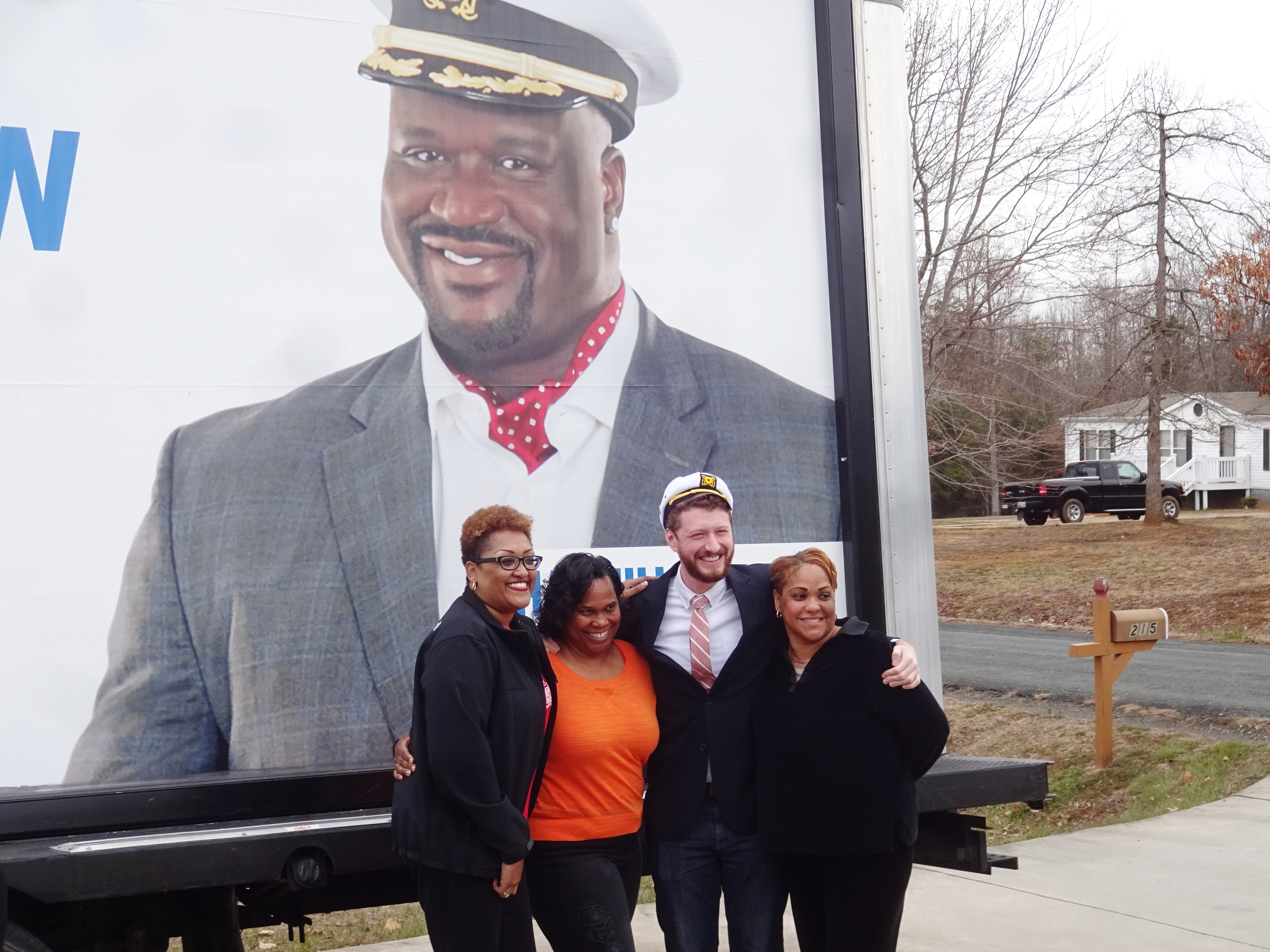 Whether you’re reaching a broad audience, a niche audience or an audience of one, our mobile billboards can get it done! Give us a call to plan your campaign today.