What better way to dominate the streets outside New York Fashion Week events than a domination of six mobile billboards?! That’s exactly what fashion brand Celine did during the fall show this September.

Celine, a LVMH brand, recently underwent a brand refresh and was debuting a new line under incumbent creative director Hedi Slimane. For this, they needed their Fashion Week presence to be dominating. They needed to turn heads and get people talking!

So in partnership with Project X Media, we put six mobile billboards into action. Running in tandem most days, these mobile billboards circled fashion New York Fashion week venues. They also drove in high-traffic, luxury areas of Manhattan and Brooklyn to reach the right audience for Celine’s products. Their proximity to the action – and to the fashion brand’s specific audience – ensured they turned heads and created excitement.

Custom routing sets mobile billboards apart from other out-of-home media formats. And the motion of six larger-than-life advertisements rolling past you at street level can get anyone’s heart racing!

Mobile billboard domination creates an emotional impact in the real world. It leaves a lasting – and branded – impression on each person who is held captivated on the street.

And they look awesome, too!

For Celine, the cabs of the mobile billboards were wrapped to match the white ad creative precisely. Their beautiful ad creative was installed with our best-in-class framing systems. The well-maintained vehicles delivered the message with the highest standards. Standards that even luxury brand Celine was pleased with!

This campaign proved previous research released by Nielsen. The Out-of-Home Online Activation Study from March 2017 showed that outdoor advertising is the best driver of online engagements per dollar spent.

The study showed that of U.S. adults who have seen an outdoor ad:

As the entourage of mobile billboards captured the attention – and interest – of Fashion Week attendees in New York, it sparked them to engage in an online conversation about the brand. That’s a clear reminder that out-of-home media is powerful. It connects and engages with a brand’s audience like no other! 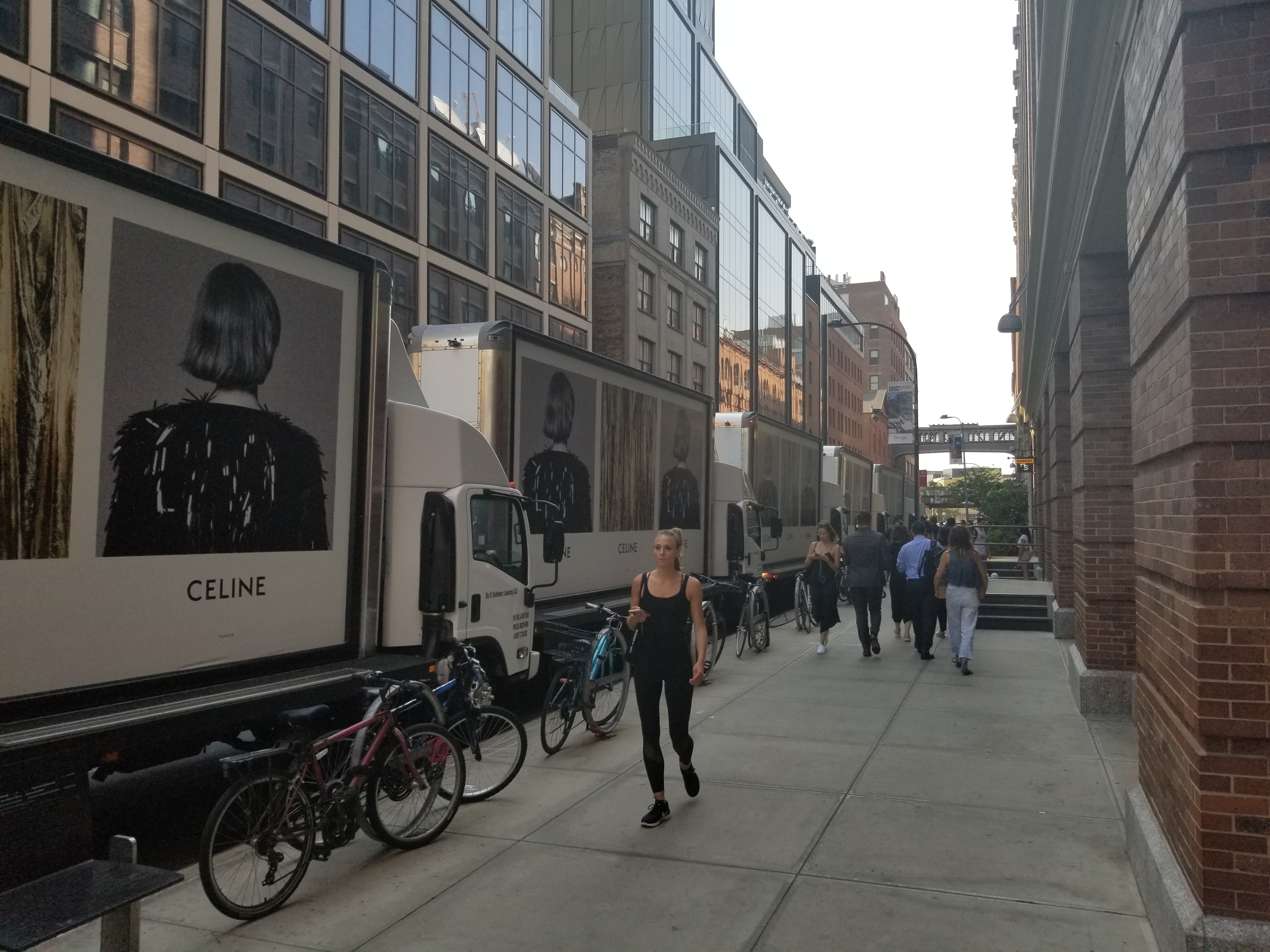 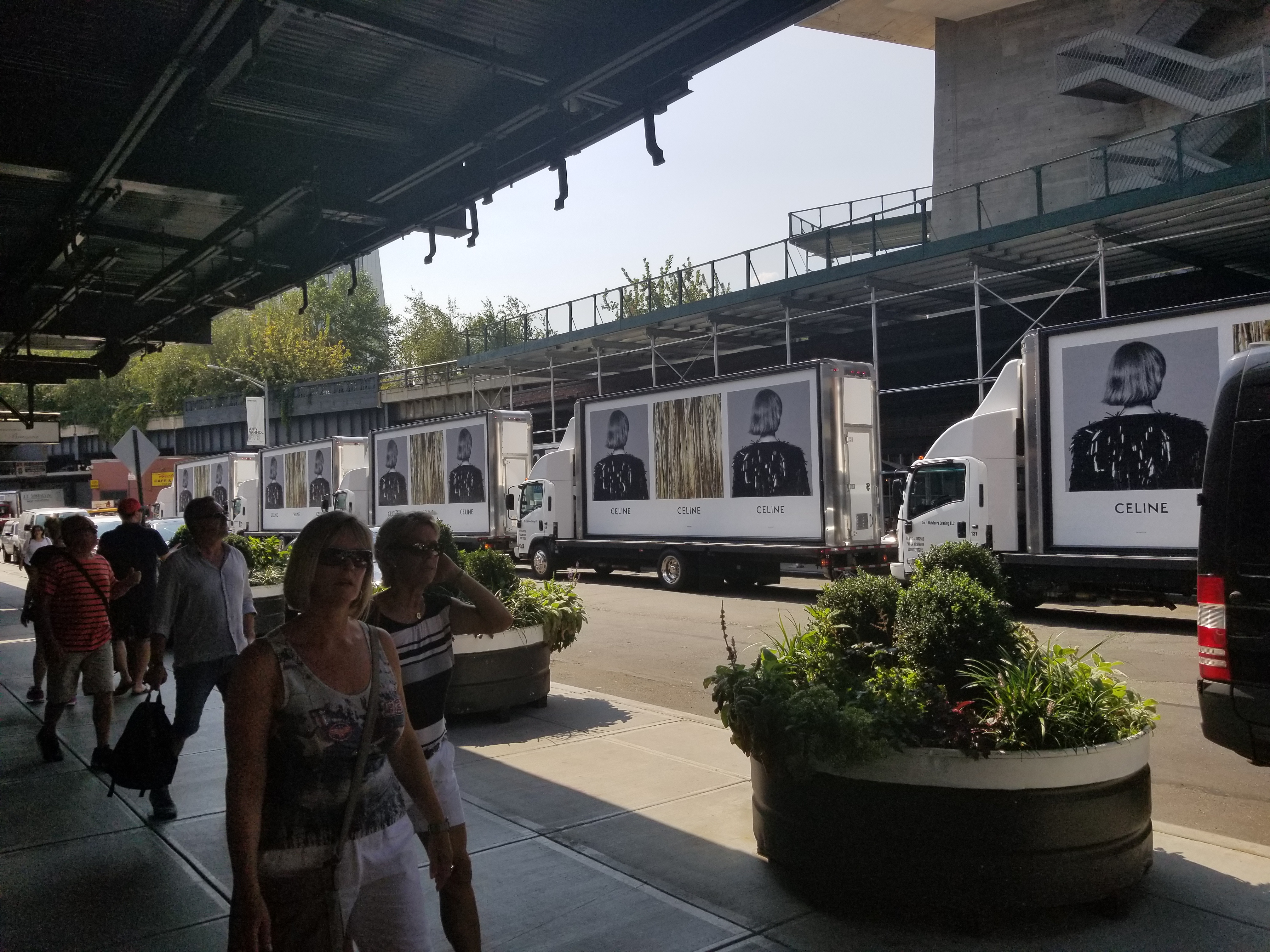 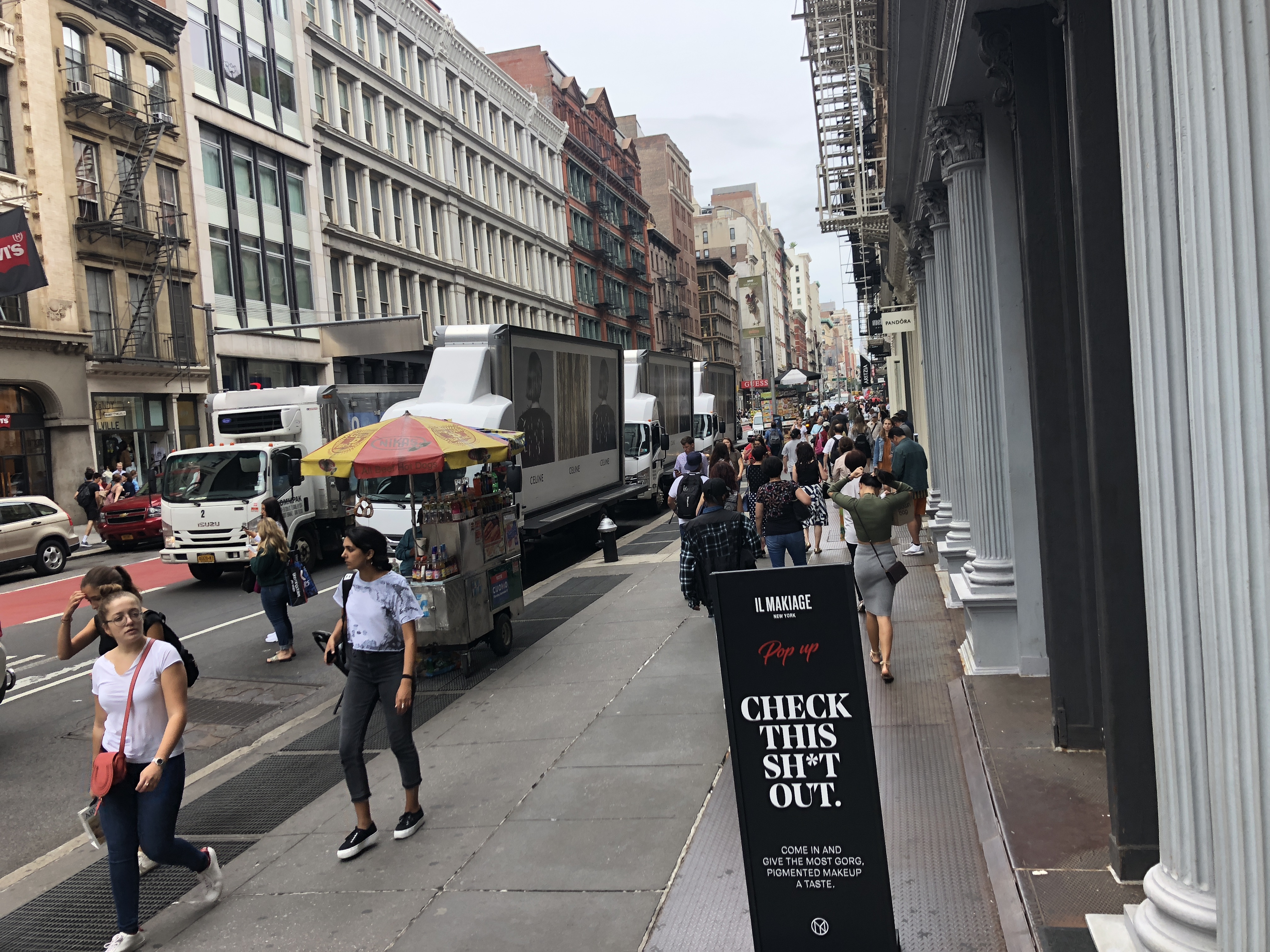 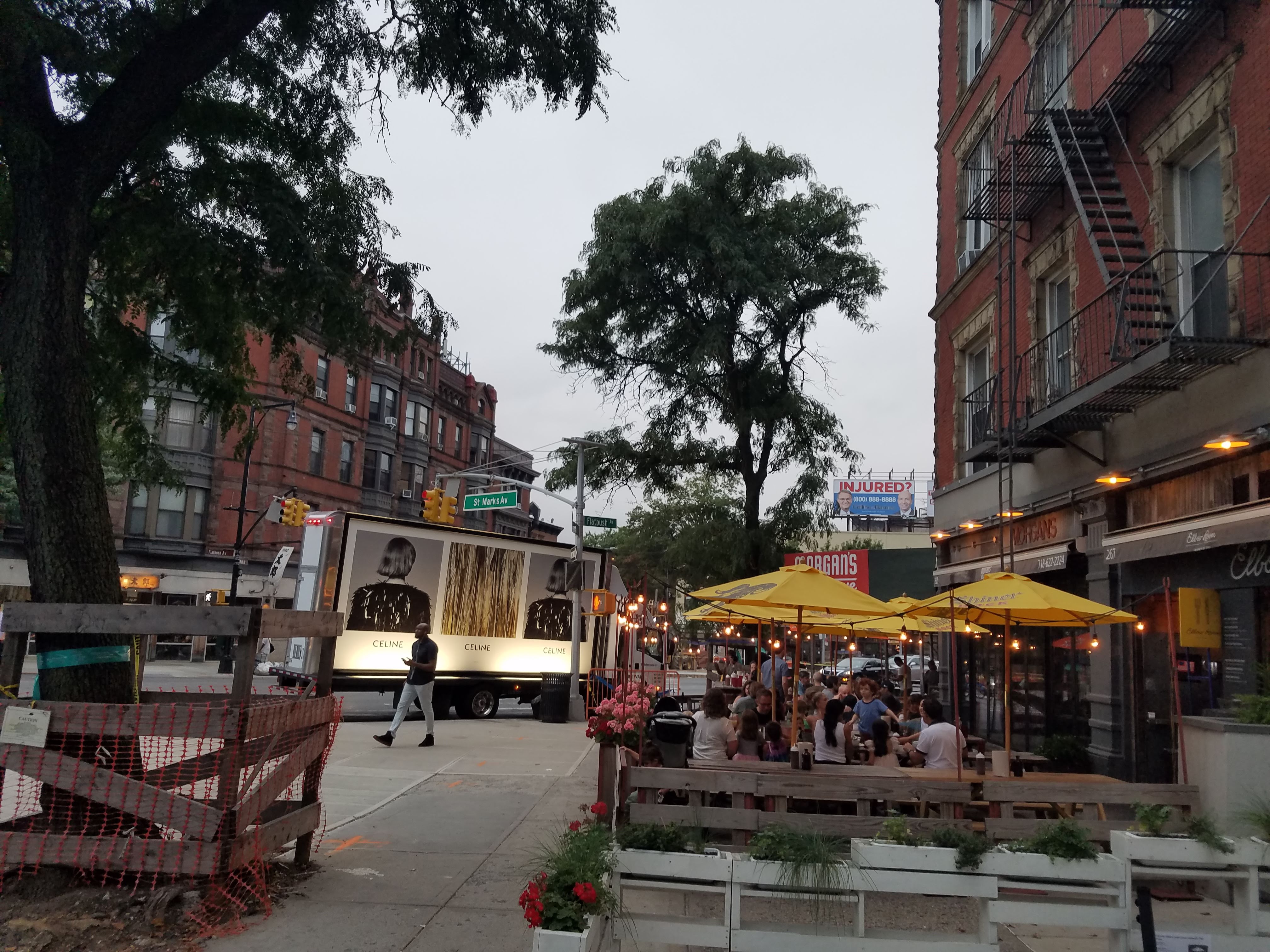 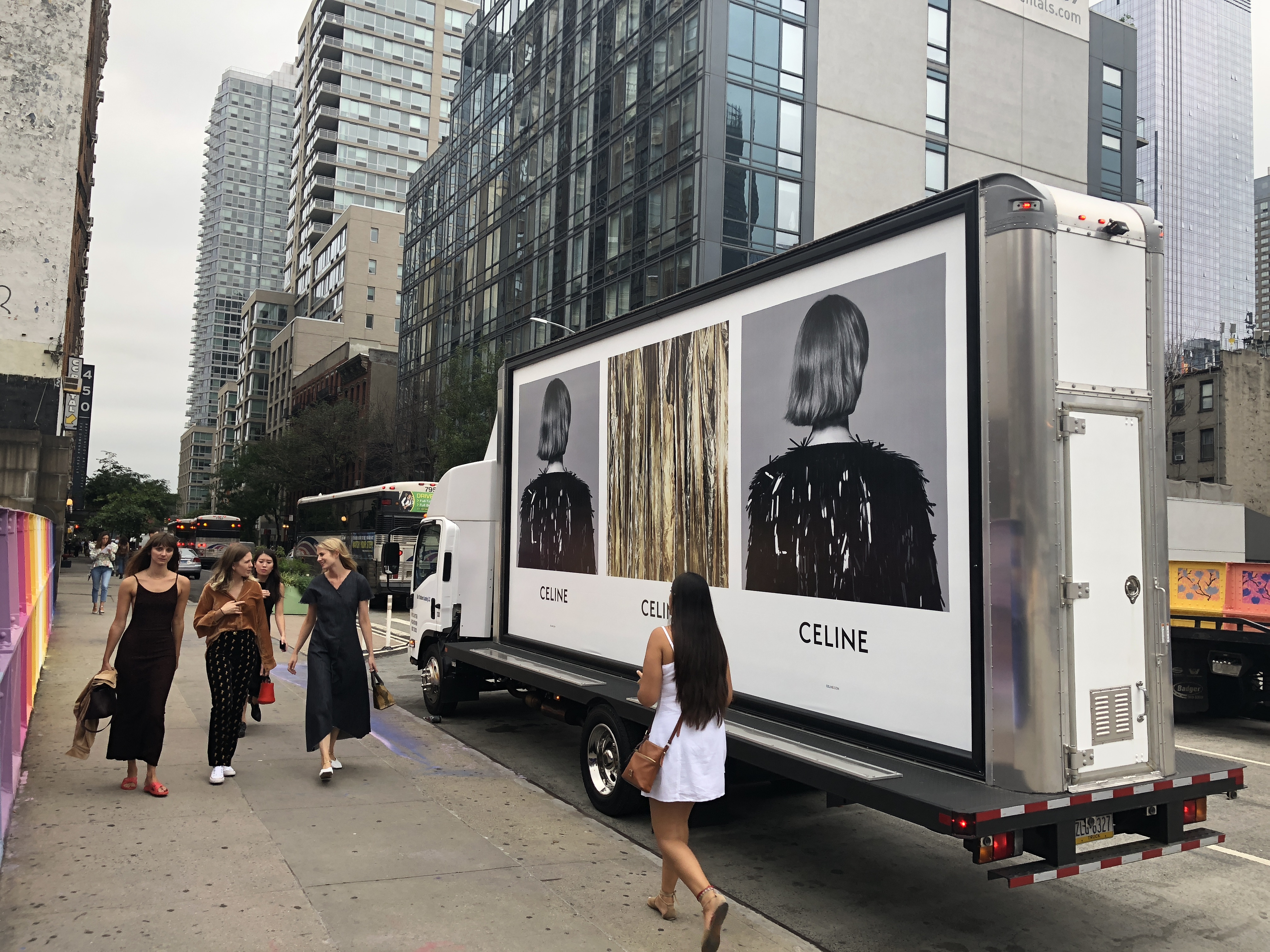 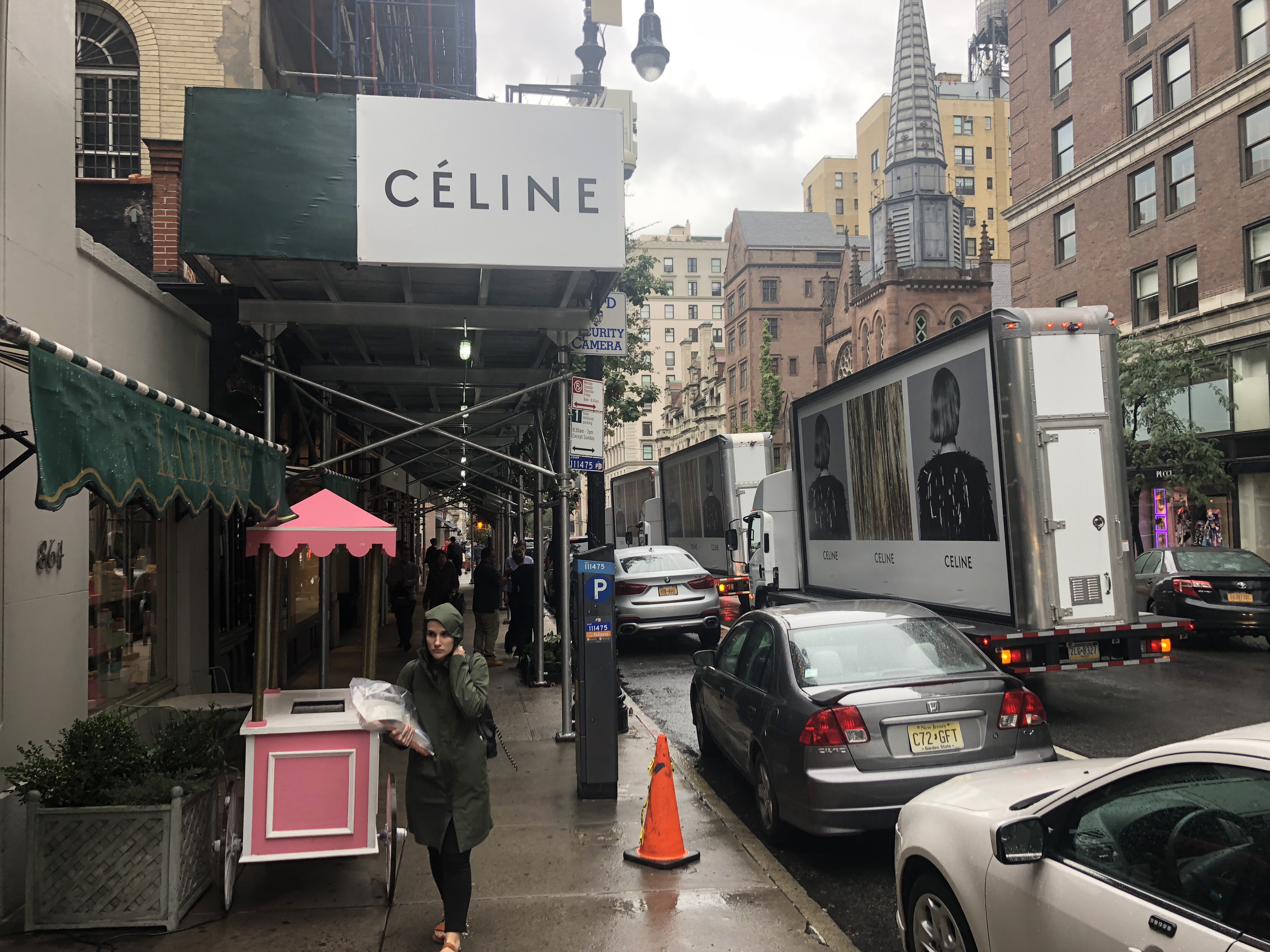 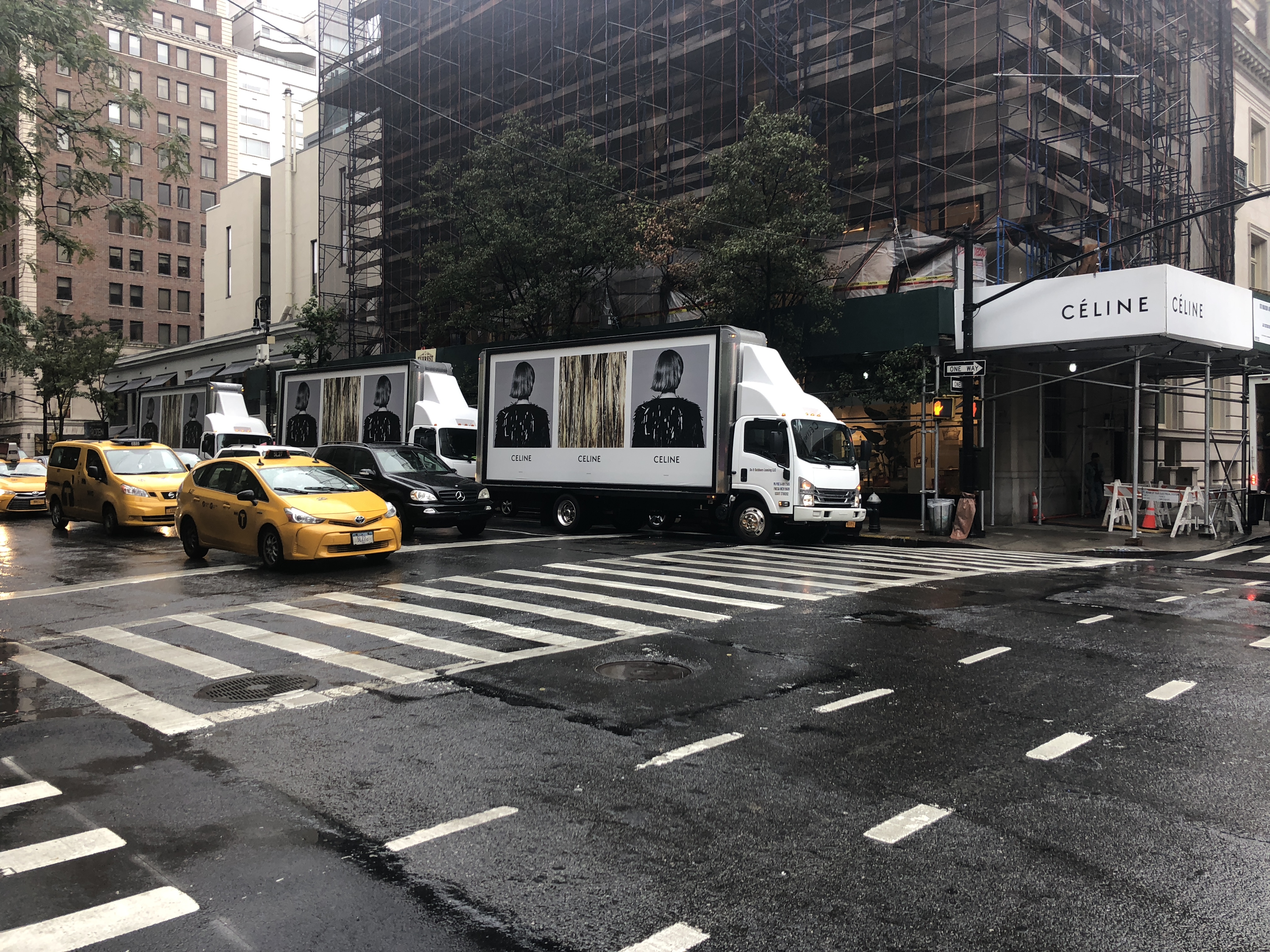 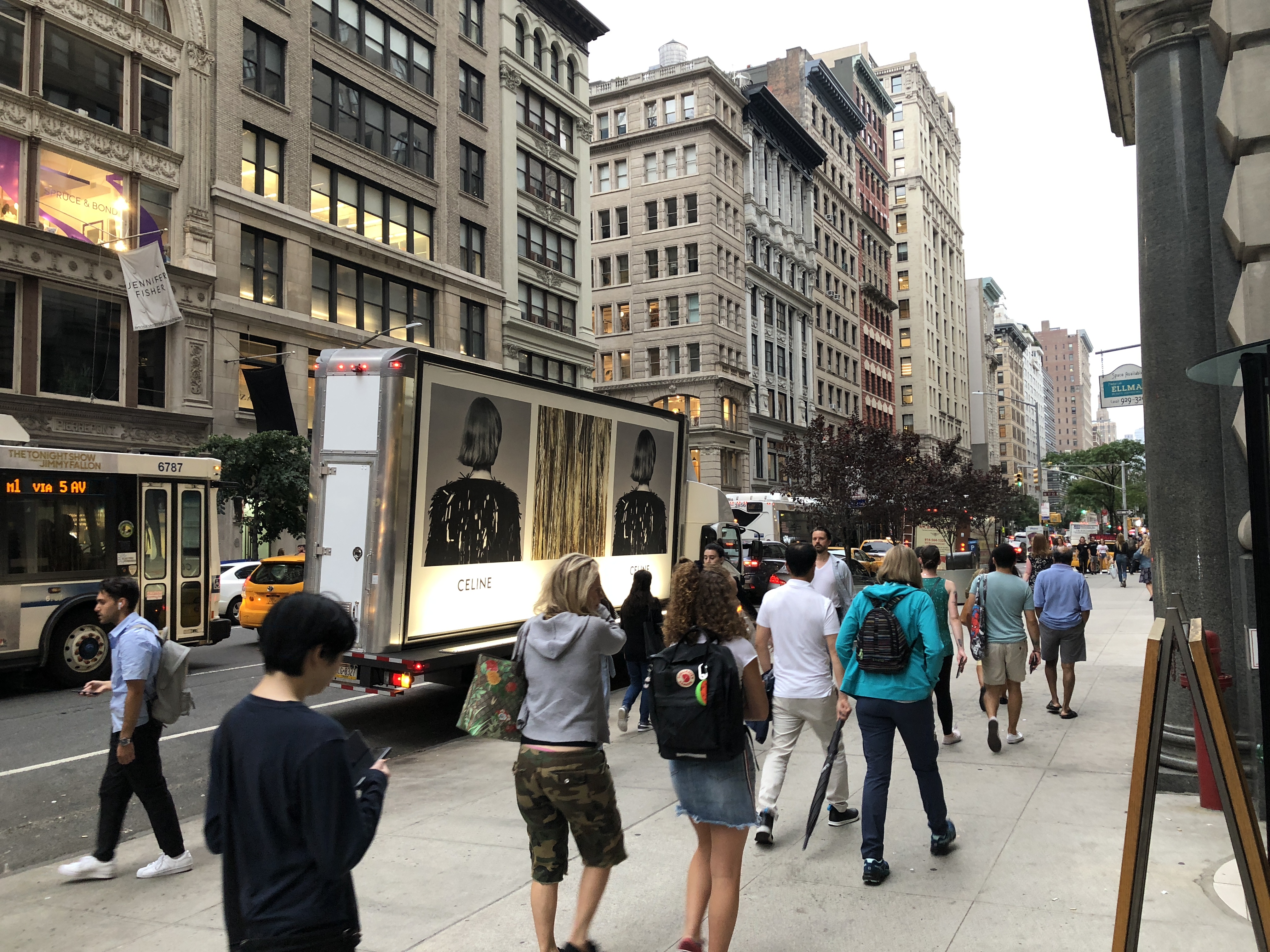 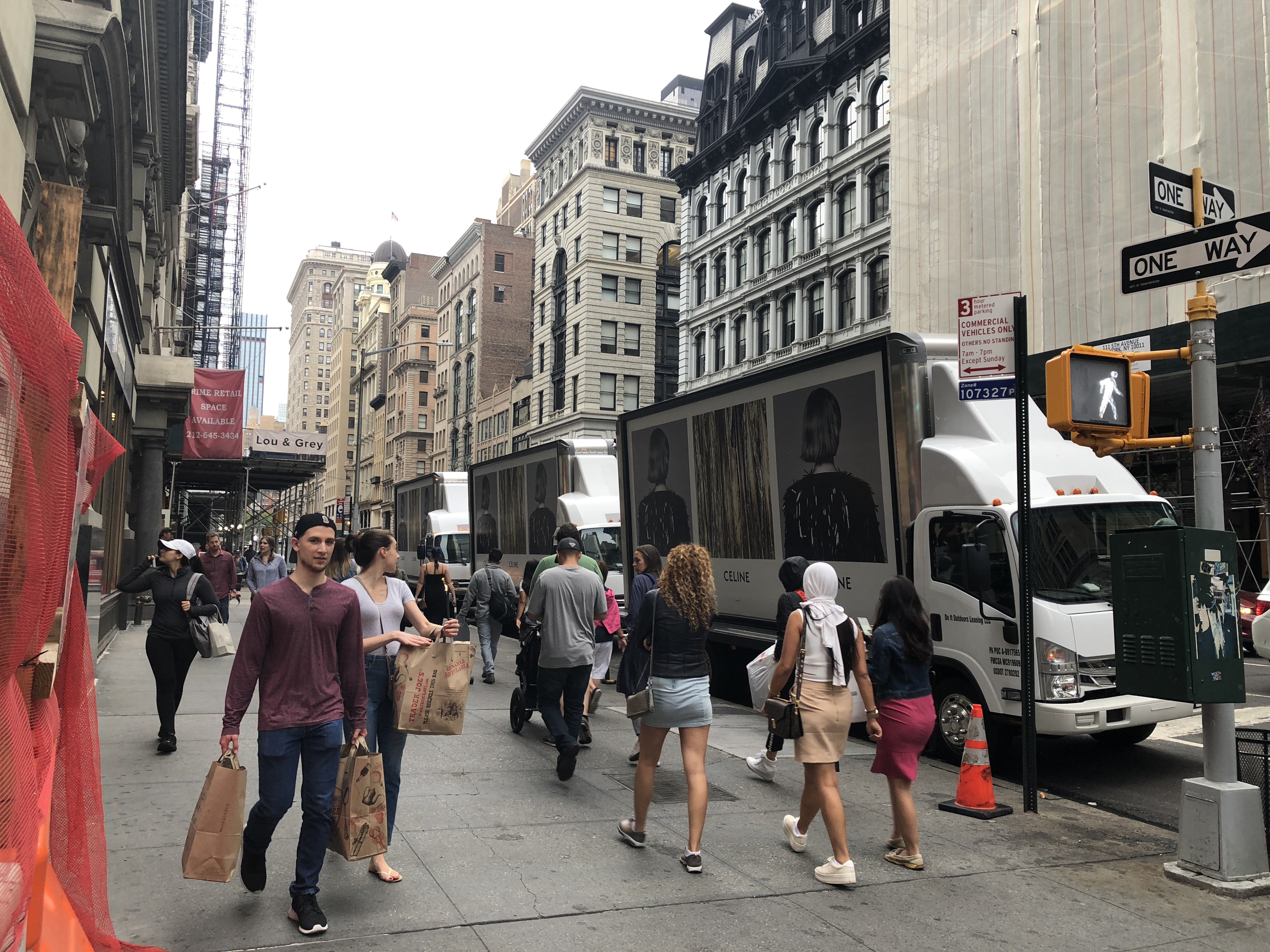 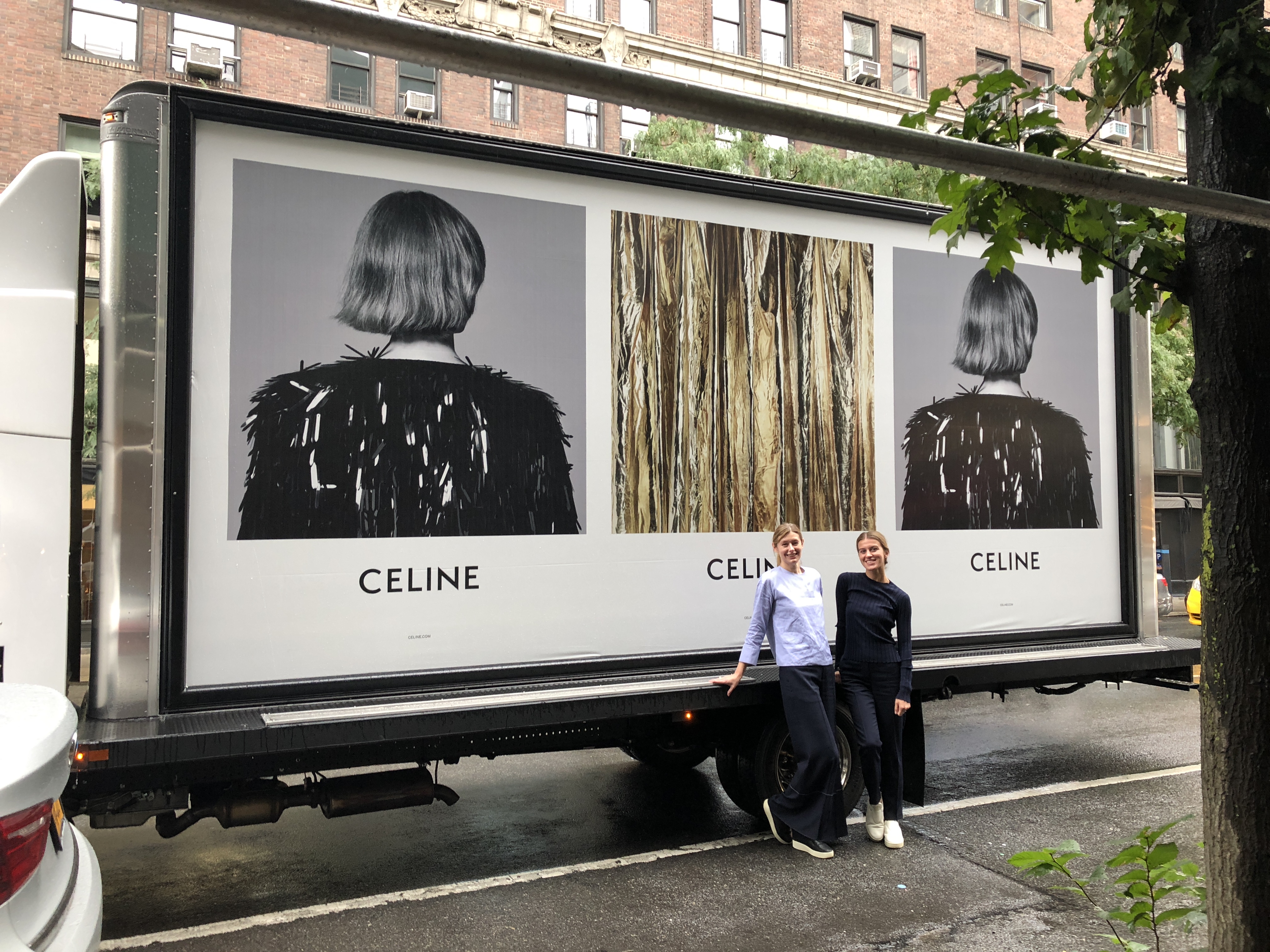 To dominate offline and online, let’s get started!