Diary of an Intern: Entrepreneurship 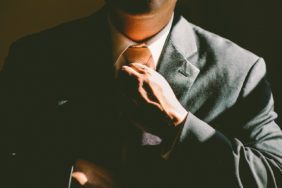 In last week’s installment of the Diary of an Intern Series, brand recognition, consistency and personality were the three most prominent points I touched upon. These standards are nonexistent, not even a fleeting thought- that is, without at first an idea.

Perhaps you’re sitting in a cubicle, wishing oh so desperately to meet this character known as Bryce Starner whose work you read on a weekly basis. Maybe you’re my mom, scrolling down line after line to find a topic of discussion while at the dinner table- hi, Mom.

Look down at your phone. Or your computer. Look at the cubicle that seems to swallow you, the papers that litter your desk or even the jungle of cables that flow from the back of your laptop into the pitch black abyss beyond the confines of your work space as your eyes scan over these very words. Is there a reason you’re where you are?

Every company started somewhere; every office came from something. Every item we see, feel, touch started with soomething. Rather, someone.

Entrepreneurs live a few years of their lives like no one would dare to even think of so that in due time, they’ll be able to live the life everyone dreams about. Instead of waiting to see what the future holds, they go ahead and create it. If opportunity doesn’t come knocking, people like David Pridgen and Regis Maher build themselves a door.

My internship is thanks entirely to the credit of these two men, who shared a dream and a will to succeed. 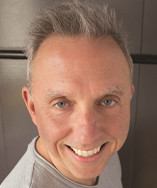 Having a dream doesn’t constitute you as being an entrepreneur. Being a doer with a dream, however, does.

Gym buddies turned business partners since 1997, Pridgen and Maher (or Pridge and Rege, as I know them) took what was once a simple conversation and turned it into an out-of-home empire, a company that’s now credited as being the largest national mobile billboard and field marketing company. Their primary advertising asset – a mobile billboard – has since driven messages for some of the biggest brands in the world.

You see, their biggest risk was to not take one at all. But they had the determination to materialize on their idea. They worked their butts off, sacrificed countless hours and dollars and can now smile at what they’ve built.

What puts these two decorated entrepreneurs into a category of their own is that they don’t stop innovating. They’re always looking to be the first to market new ideas and expand on their out-of-home media offerings.

By building their dream, our do it outdoors media co-founders assured that they wouldn’t have to be hired to build someone else’s. This in itself is one of the most fundamental lessons I’ve learned thus far as an intern.

World renowned businessman and technology mastermind, Steve Jobs, was once quoted as saying, “Stay hungry. Stay foolish.” Well, Steve, I’ve got the second one taken care of. And I’m hungry, too – hungry to embrace the adventure of entrepreneurship, myself, one day.

Maybe then, an intern will be writing a story about me. I can only hope.

In next week’s edition of the Diary of an Intern Series, I’ll be exploring the world of Snapchat and how its revolutionary app is changing the world of social media for good!