Diary of an Intern: Meet the Experiential Advertising Intern

1. a large flightless seabird of the southern hemisphere, with black upper parts and white underparts and wings developed into flippers for swimming under water.

As mentioned in last week’s thrilling edition of the “intern diaries”, it’s time to meet yet another intern! I guess you could say we’re the three birds who flock together….

This intern actually does have an infatuation with little feather balls of flight. This go round’, I’ll be introducing you to the humbly hilarious Becky Dellinger, who slaves away at the desk next to mine working for dio. For those of you who aren’t familiar, dio is actually the “younger brother” firm of do it outdoors media. It’s an experiential marketing shop, specializing in mobile tours, events and trade shows.

We sit side-by-side in the office but are often working on two very separate brands. This is the benefit of an open plan office; too often, teams and groups of employees are separated and it doesn’t do anything good for team spirit. By having an open office, everyone can get to know each other and enjoy working together, whilst including things like portable room dividers means there can be a temporary separation if needed. If you are interested in office dividers (having experienced them, I really recommend them) then you could look at this. With this open space, it’s great to witness how teams on both sides of the company work together, rely on each other’s assets and collaborate to ensure the client’s success is always top priority. It’s eye-opening to see how alternative out-of-home media and experiential tie together in the advertising industry. The magic starts under one roof!

As a Communications/French major, Becky’s personable charm acts as a huge asset when trying to collect marketing information, networking resources and business contacts each day. She’s got her own writing chops and has posted blog articles about the basics of experiential marketing and how to execute an experiential marketing campaign in the age of technology. She’s also working on a few do it outdoors projects, such as an upcoming video series that you’ll definitely want to look out for!

When she’s not here in the office, Becky’s likely home dancing around her room as she puts away her laundry or stuffing her face with anything and everything chocolate. So when I sat her down to ask upwards of fifty questions, was I surprised that the majority of her answers dealt with little arctic airplanes? Why, absolutely.

I’m not talking about Birdy anymore, but Becky is showing her true feathers, as well…

When asked about her favorite animal, favorite type of bird, and dream pet, Becky’s answers were synonymous. 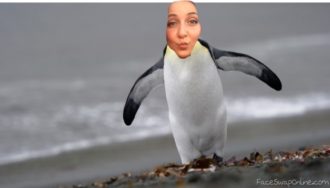 If she could be any fictional character, she’d choose to be Katniss Everdeen (the Mockingjay) from the Hunger Games! Yes, another bird reference. 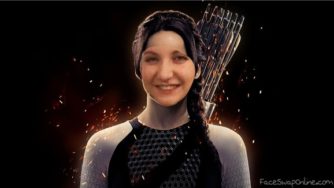 She chose her favorite city almost instinctively! Unlike the easiness of her answer, the pronunciation of this city is pretty tough- Saintes Maries de la Mer, France. 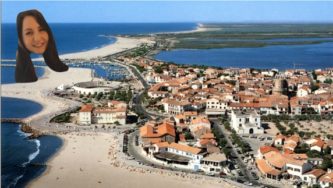 If she had to be any type of cereal, she said she would be the Oreos Cereal (maybe because it’s black and white like a penguin?) 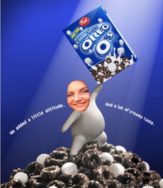 I can’t help but feel as though Becky is the farthest thing from a penguin. I mean, they can’t fly and their environment is typically freezing and dangerous. Here at the healthy and happy do it outdoors and dio offices, there is no limit as to how high she’s going to soar as she takes this experiential advertising internship experience head on.

Stay tuned for next week’s rant about assembling sales training binders, being too busy to take a pee break and craving a trip to the beach.

Last week, you heard about my first day of work. I’ll be posting a weekly diary of an intern update every Friday. Follow me as I embark on this internship journey!