Diary of an Intern: To Snapchat or Not to Snapchat?

Chapter TEN: Snap Out of It 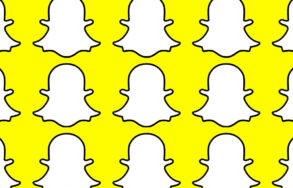 We’ve been watching Snapchat for the past few years now. Is it a messaging app? Is it a social media outlet? Is it right for us?

The unmitigated sense of urgency that the Snapchat application has to offer is both a low-budget and up-tempo means of reaching an international pool of nearly 150 million people from all walks of life. Today, 41% of 18-34 year olds in the United States will use Snapchat, which almost swallows up one of the largest demographics our great nation holds dear.

Usage rates and registration data for this global phenomenon are skyrocketing to astronomical heights, with the majority of new users being young adults. In fact, Snapchat reports that over 10 billion videos are viewed each and every day, solely due to the app and its unprecedented marketing influence.

Fortune 500 corporations and local businesses, alike, have propelled themselves further down the road of success by utilizing the marketing and sponsorship features appearing on Snapchat’s daily news feed. Geofilters, advertisements and company insights/stories are all a focal point of Snapchat’s efforts at connecting people with both each other and their favorite brands.

One of my duties this summer as a do it outdoors media intern has been to dig, dive and delve into the Snapchat universe. It’s been asked of me to decide, should we or should we not Snapchat as a company?

And how, if any, can Snapchat impact out-of-home media?

Truth is, out-of-home advertising (OOH) and Snapchat can be tremendous as a duo, embracing consumers in both the physical and digital worlds. (We’re big advocates on blurring these lines.) With Snapchat stories, sponsored events and featured campaigns, OOH advertisers can promote what they’re doing in the real world online – and encourage others to snap their OOH media, too!

If an OOH advertiser were to execute a media mix of mobile billboards, JetPack brand ambassadors and PhotoMarketing, they could drive traffic to their Snapchat account where sweepstakes, behind-the-scenes documentaries and new product features can be shared.

Bottom line, we’re all for social media integration, and that means we have to know a thing or two about Snapchat.

Knowing that pairing out-of-home media to a digital campaign can boost reach significantly, it makes sense to think creatively about pairing Snapchat and OOH together. Perhaps, a beaconized media format can share Snapchat videos or a highly relevant, localized 24-hour story.

Snapchat is popular; 18% of all social media users in the United States have Snapchat. Each second, approximately 8,796 pictures and videos are shared on the app. Surprisingly, 70% of its users are female, leaving the remaining 30% to males. The fact that the service is downloadable for a convenient price of absolutely free, how can anyone pass up such a portal to marketing value?

Seeing as though this social media outlet tends to be shorter, less intimate and still highly informative as compared to Facebook, Instagram and Twitter (amongst others), Snapchat has truly found its own niche in a world that’s rapidly falling victim to a technological overload.

Perhaps one of the biggest assets of the app is the creativity spectrum provided to its individual and corporate accounts. The ability to doodle, vary timing, utilize various colors and incorporate geographical filters, acts as a major selling point to prospective users. When done right, consumer attainment can become a regularity. After all, 76% of Snapchat users have gone on to shop online over the past month alone.

So what does all this have to do with me and my internship, you ask?

Well, for one, I’ve spent the past few weeks finding all these great statistics and learning more about Snapchat for business. I’ve been going back and forth between recommending that do it outdoors use Snapchat as a company – and not use it, quite yet. I never thought about the strategy and content plan that goes into making such a serious marketing decision before now.

Sometimes it makes sense to jump on the next social media bandwagon, and sometimes, it’s OK to wait until your audience really does align.

If you’re using Snapchat and would follow us should we pursue this, please comment below! I’m officially doing some marketing research here as part of my internship, and you’re officially being polled.

As with most good things in life, my time at do it outdoors media is nearing its end. I ask that you report back next week, for I’ll be sharing with you a brief synopsis about my internship, my challenges and all that I’ve learned since the 16th of May!