Jack in the Box wanted to capture the attention of Super Bowl attendees with a special offer. When an NFL fan wore his favorite team’s jersey into a Jack in the Box location, he received a free Jumbo Jack with large drink purchase during the week of the Big Game. Our larger-than-life mobile billboard drove this promotional offer to both Falcons and Patriots fans who were gathering in Houston.

Mobile billboards are an effective way to target large events, such as the Super Bowl. Other events we’ve targeted include the CMA Fest, Coachella, Stagecoach Music Festival, March Madness championships, Comic-Con and many more. 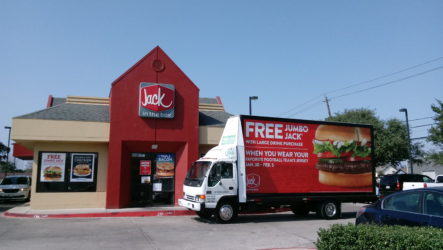 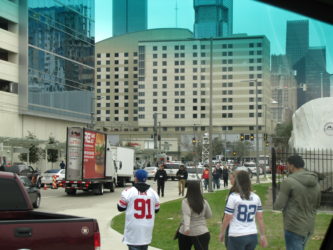 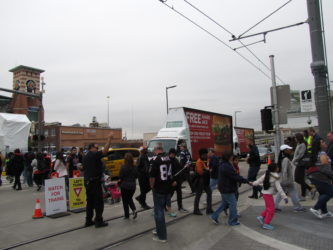 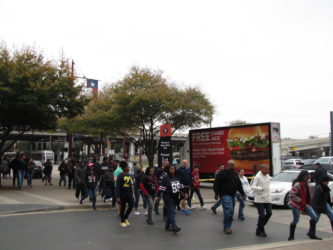 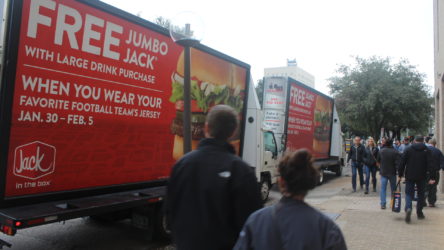 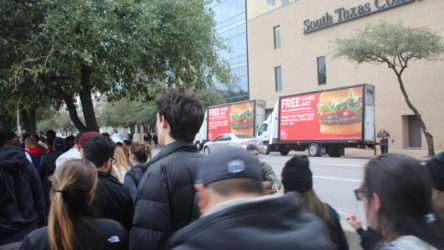 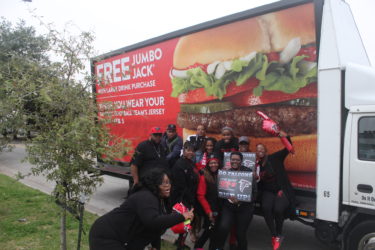 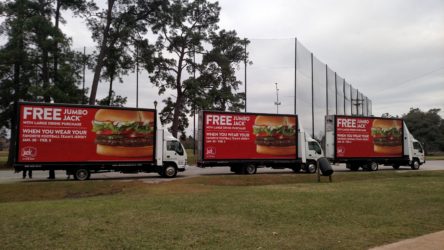 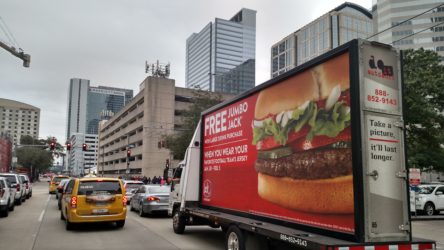 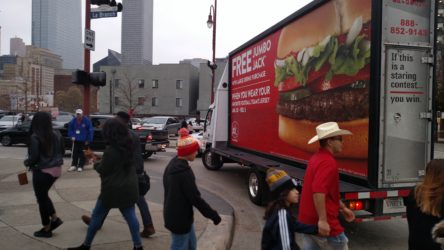 For more information regarding Super Bowl or event targeting opportunities, please contact us.