While the August weather heats up, PSECU is helping to keep college students cool during move-in days!

Starting on August 16, and wrapping up on August 29, we’re sending PSECU-branded sampling bikes stocked with Italian ice and jet packs full of lemonade to college and university campuses in Pennsylvania to cool students down while they’re moving in. In addition to the cool treats, our mobile billboard units will be targeting the campuses throughout the month as well. 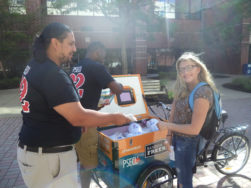 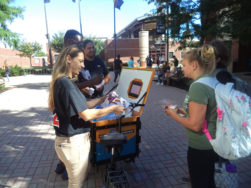 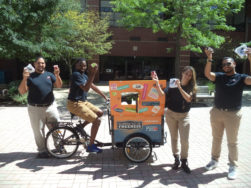 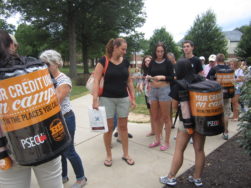 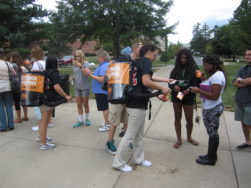 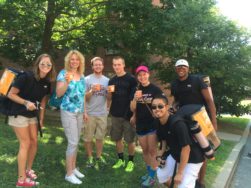 PSECU is a not-for-profit credit union for state employees and students, alumni, faculty and staff of all schools in the PA State System for Higher Education. They hope to encourage students and faculty at the schools to consider PSECU’s financial products and services with these alternative media tactics.

Inky Byers, National Account Executive at do it outdoors media, says, “We always like to support other businesses who are based locally. It’s great to work with clients who are close to home.”

We have done campaigns such as this for PSECU for the past two years, and it just keeps growing. Last year, the campaign was executed on ten campuses, while this year, there are more than 21 schools on the list. Targeted schools include Shippensburg University, Bloomsburg University, Elizabethtown College, Reading Area Community College and several Harrisburg Area Community College campuses, among others.

We’ve also worked with PSECU and their agency, Harmelin Media, on additional campaigns throughout the year. We have executed mobile billboards for them during the PA Farm Show, as well as during peak car loan seasons.

With out-of-home media like ours, you can drive your message to all kinds of targeted audiences. From campus marketing to whomever, we’ve got you covered. Got an audience you’d like to create buzz for? Talk to us!