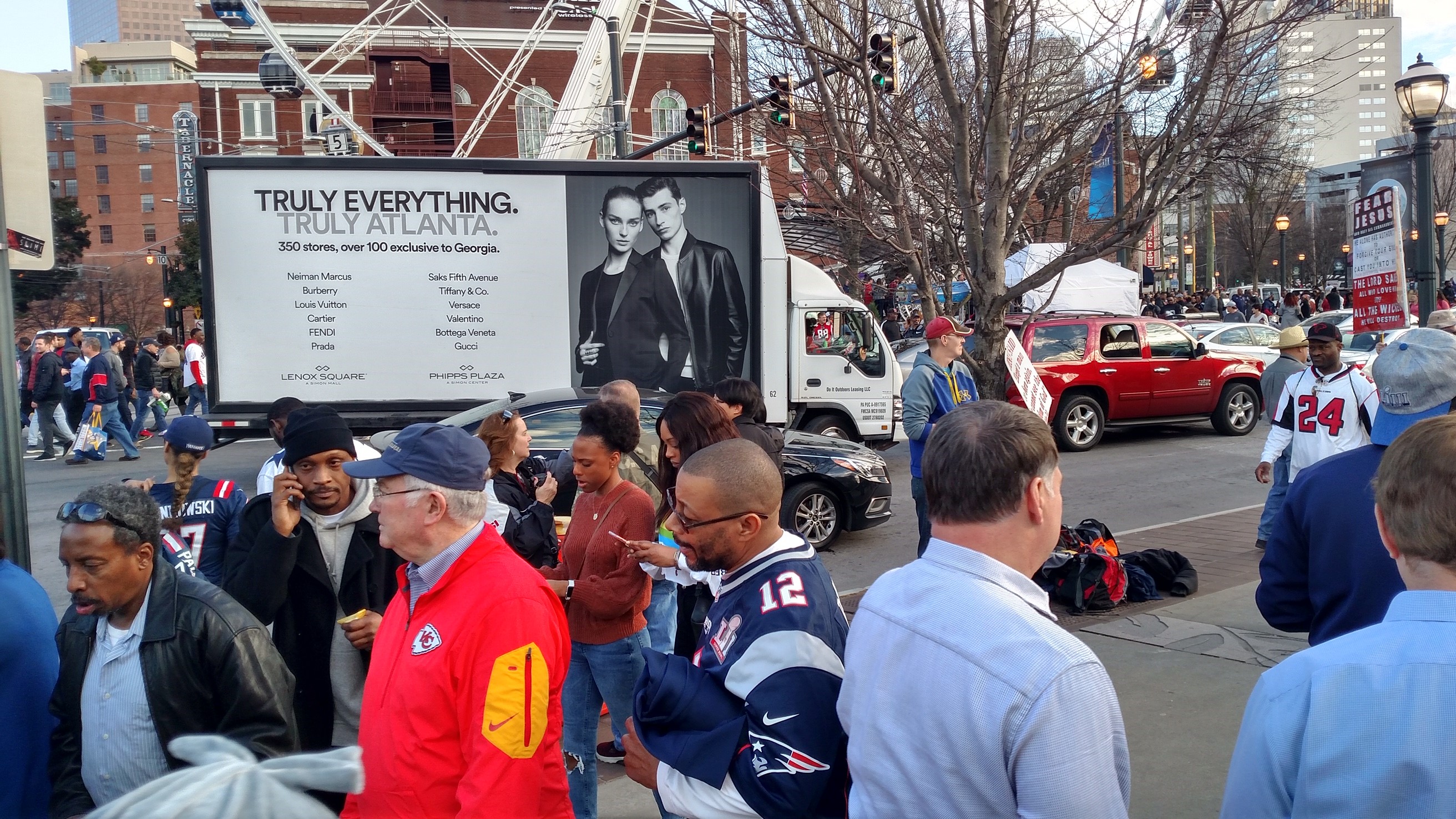 Simon Malls reminded visitors to Atlanta that the Big Game wasn’t the only destination in town. 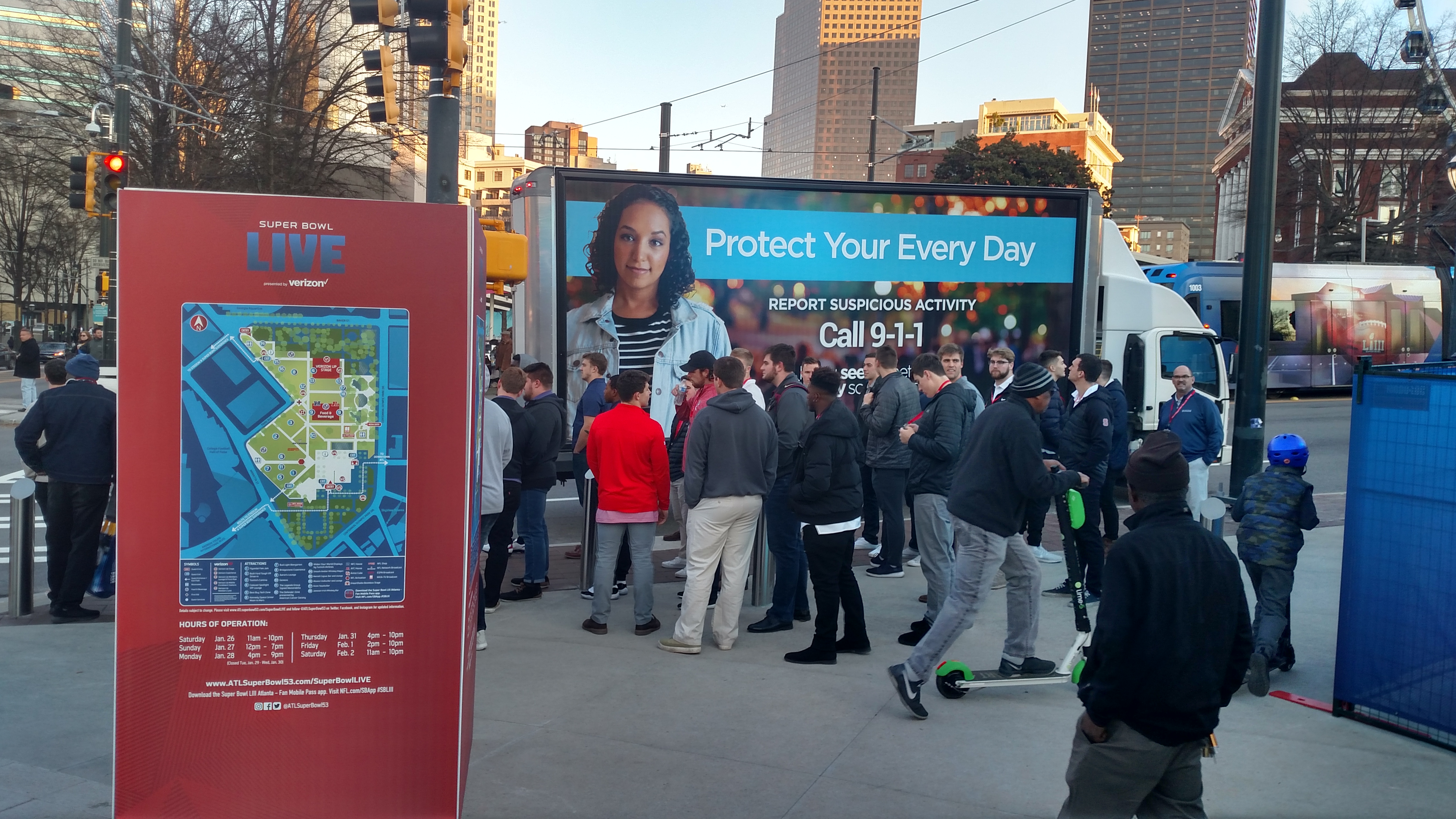 When most people think about Super Bowl advertising, they envision TV commercials. They’re nationally placed ad spots that air during the live action sports game. Kantar Media reports that during Super Bowl LIII in Atlanta this year, there was a total of 49 minutes, 45 seconds of commercial time. This represents 23% of the total broadcast from kickoff to final whistle of the game. The audience was over 100 million TV viewers, even after a slight drop from last year’s game.

But damn, are the ads expensive.

Sure, a $5 million single spot may break down to just 5 cents per viewer (if they’re in the room watching when it airs). But $5 million is still — well, $5 million! There are many ways to invest that chunk of change in advertising. Is one :30 spot in the biggest game in American football really the biggest bang for your buck?

Perhaps that’s why Kantar Media reports that 35% of last year’s advertisers didn’t return for this year’s Big Game. None of the companies who were first-time advertisers in 2018 came back again.

Whether you do or you don’t invest in broadcast media during the Big Game, there are other viable solutions to affiliate your brand with football’s crowning event.

National Coverage
Supercuts played ball during a different playoff season – Major League Baseball. The premise is the same, though. Take a larger-than-life media format into game day markets, and follow the season the entire way to Victory Parade.

Game day markets aren’t the only way to gain national scale in conjunction with this event. Set off to multiple markets around the U.S. with your Super Bowl advertising promotion. Our media formats will dominate watch parties, grocery stores and sports bars. We can drive near sporting goods stores, local sporting events, your own in-market locations or competitor locations, depending on your campaign objectives.

Go national with out-of-home (OOH) creative for less than one :30 spot during the televised game. Coverage in your top markets, reaching fans in multiple locations with your football-related message may be just what your brand needs to gain that widespread affiliation to the Big Game. Plus, OOH receives a 32% recall, greater than other media. And it touches people when they’re close to point-of-purchase. So if you’re promoting salsa or chips for the game, OOH is a winning choice.

Game Day Coverage
What about the 70,000+ fans that flock to the Big Game, itself?

In-stadium sponsorship opportunities come with a high price tag, too. Once someone is inside the dome, the game, food vendors and game day festivities add more noise to a consumer’s world.

The best time to reach them is as they are exploring the host city and visiting the brand activations outside the stadium in the days leading up to the event. And of course – as they’re entering the stadium en masse as kickoff time draws nearer.

Our mobile billboards can drive as close to the action as possible. There is usually a “clean zone” dedicated to sponsors only, but as you can see from our campaign photos – we still get into the center excitement and hubbub! 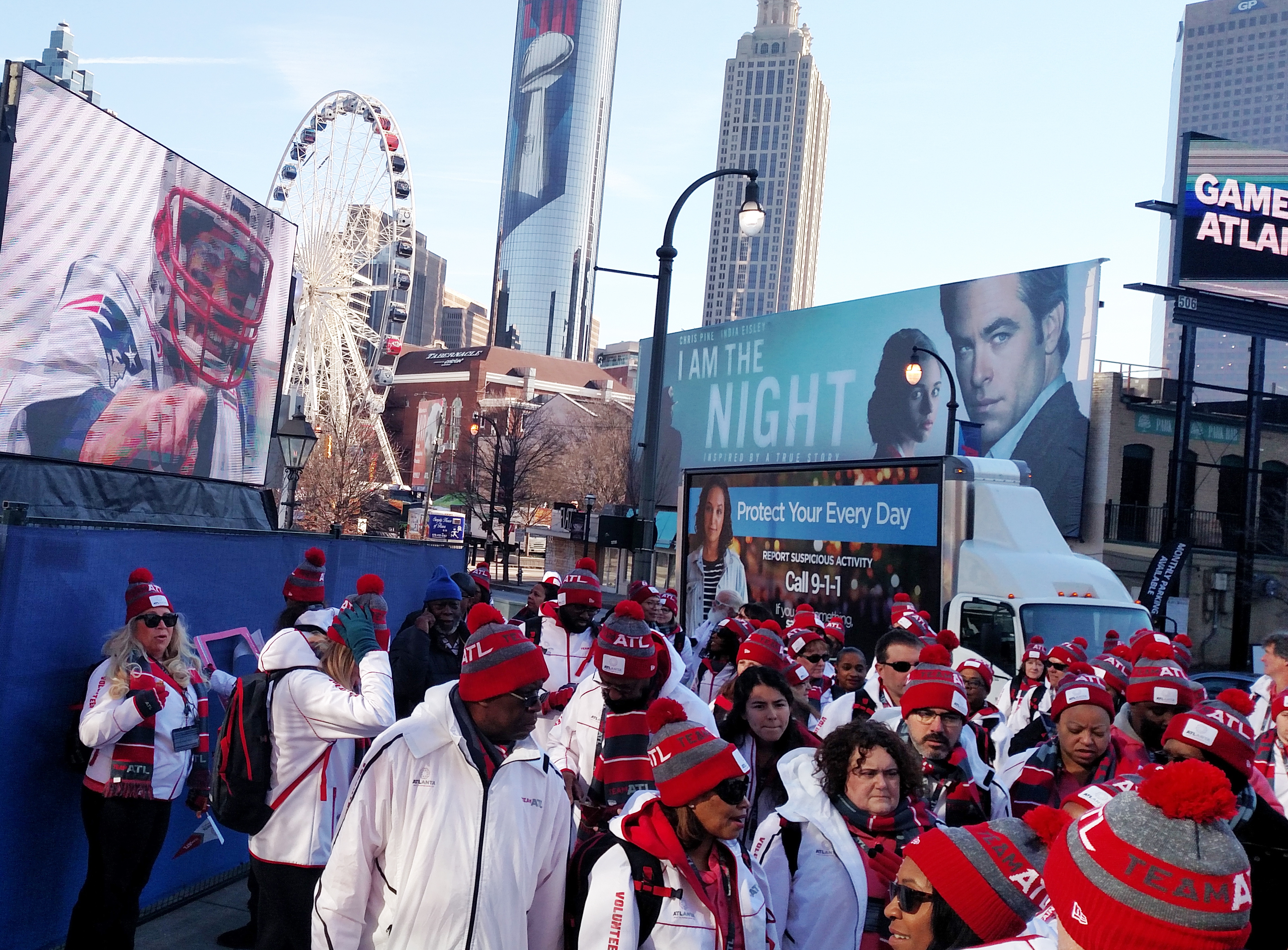 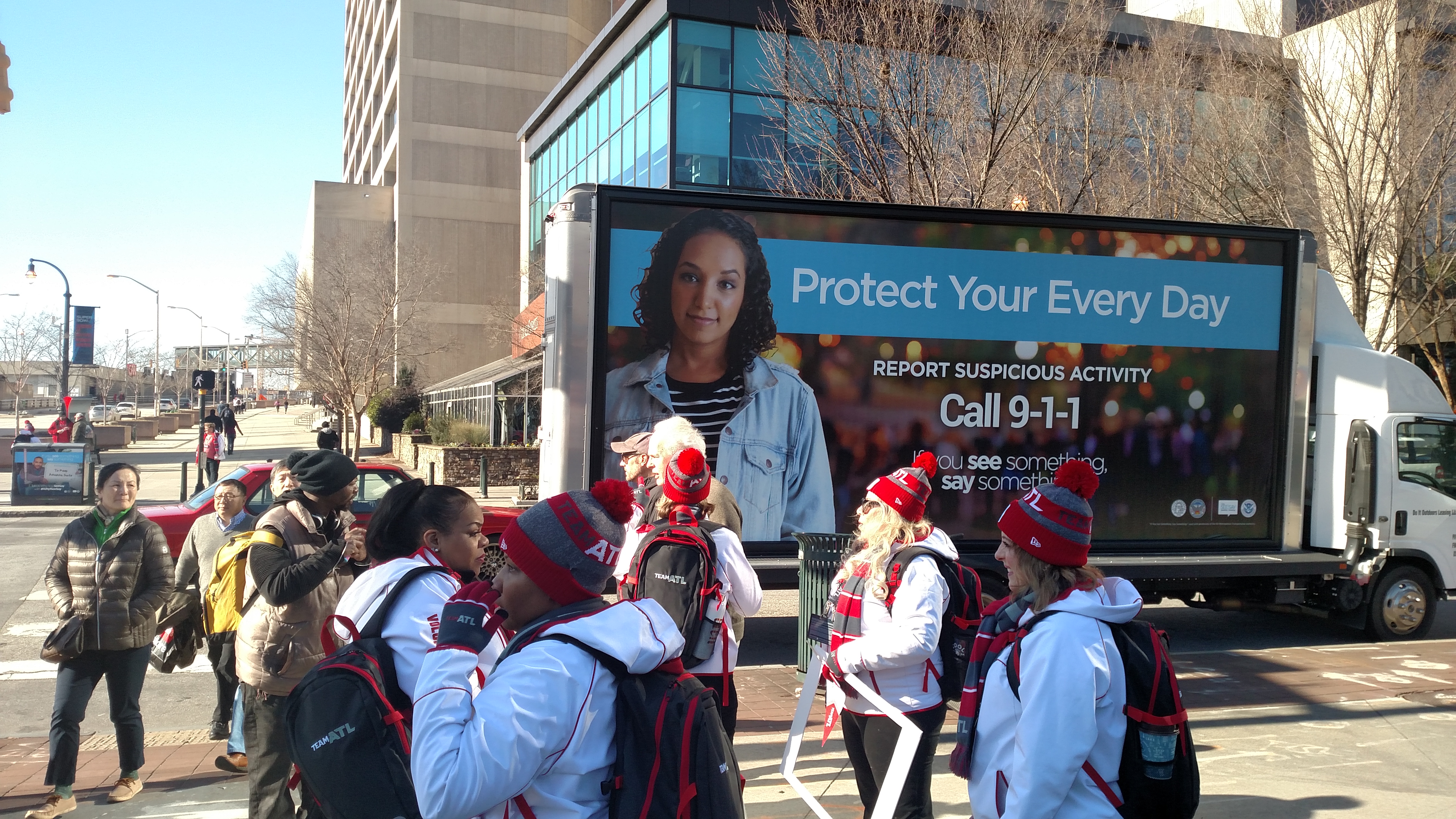 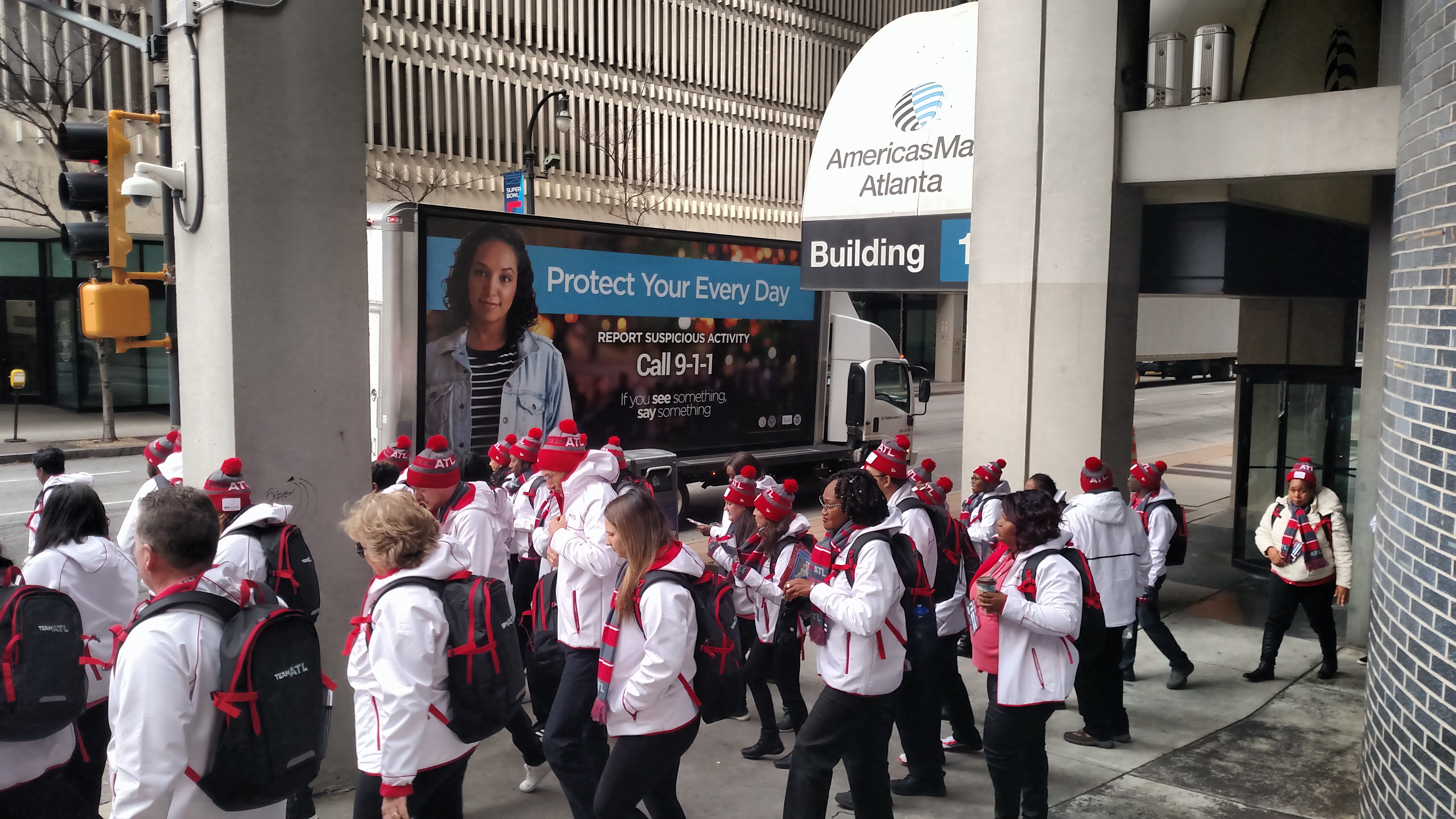 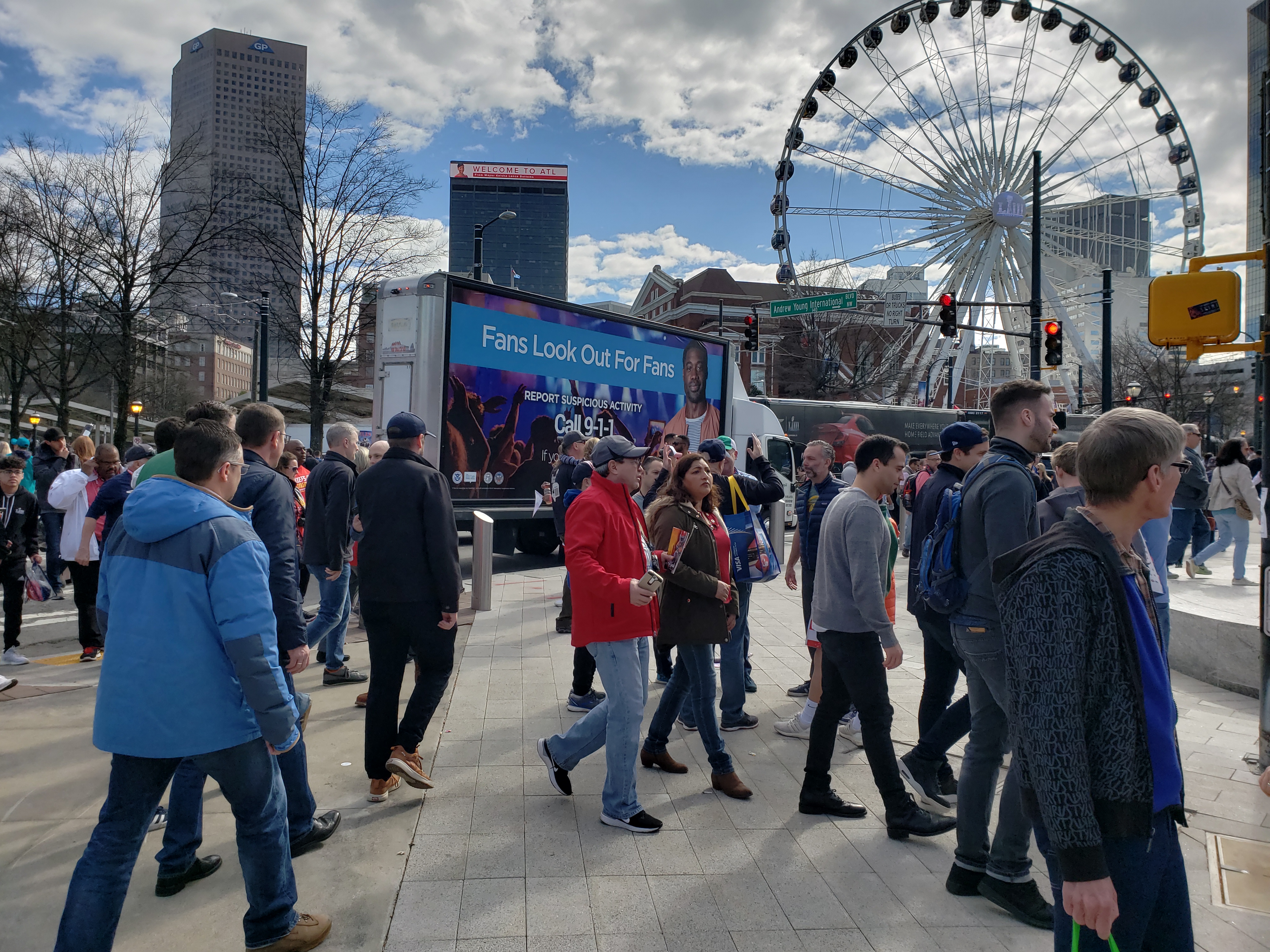 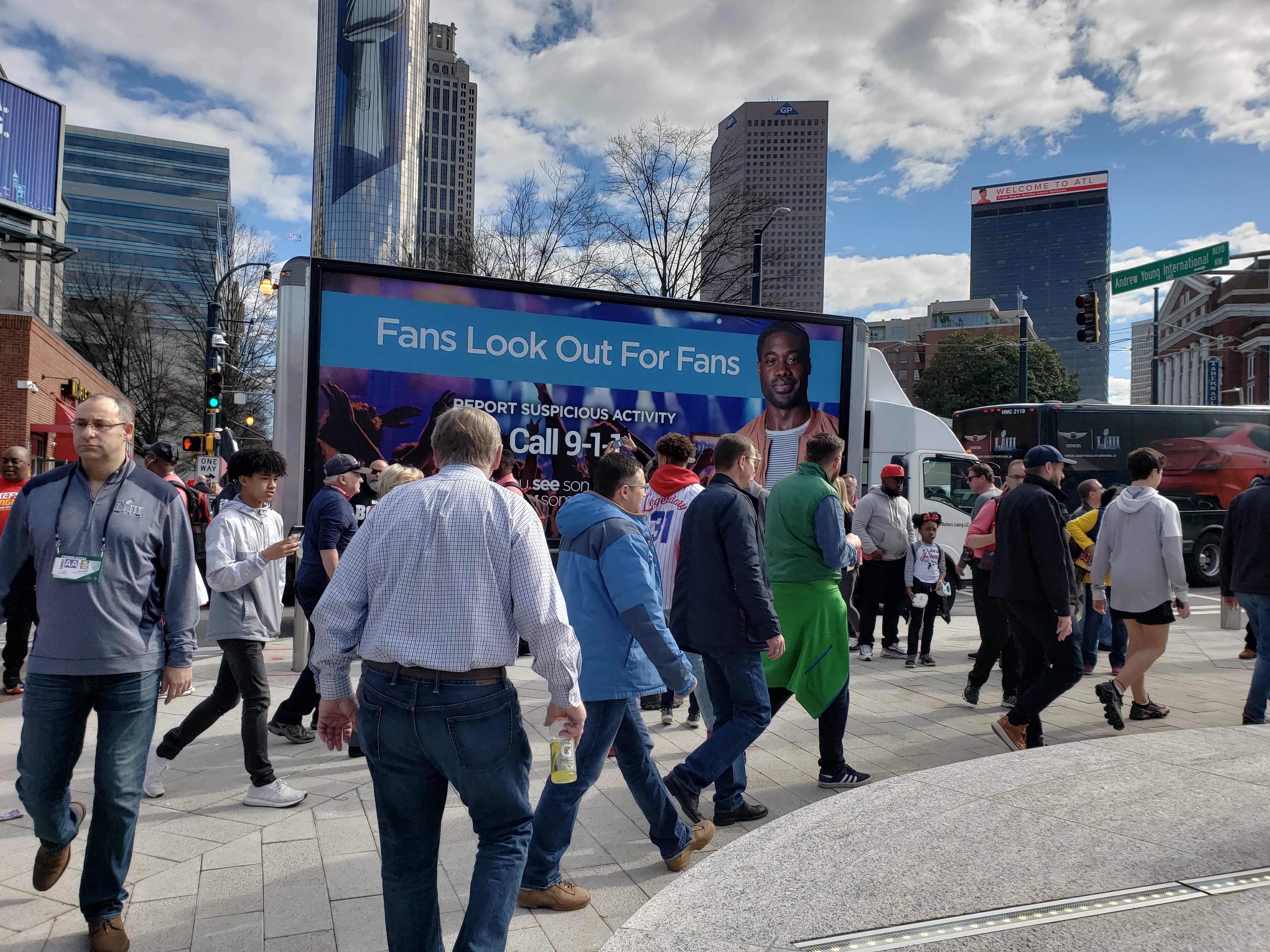 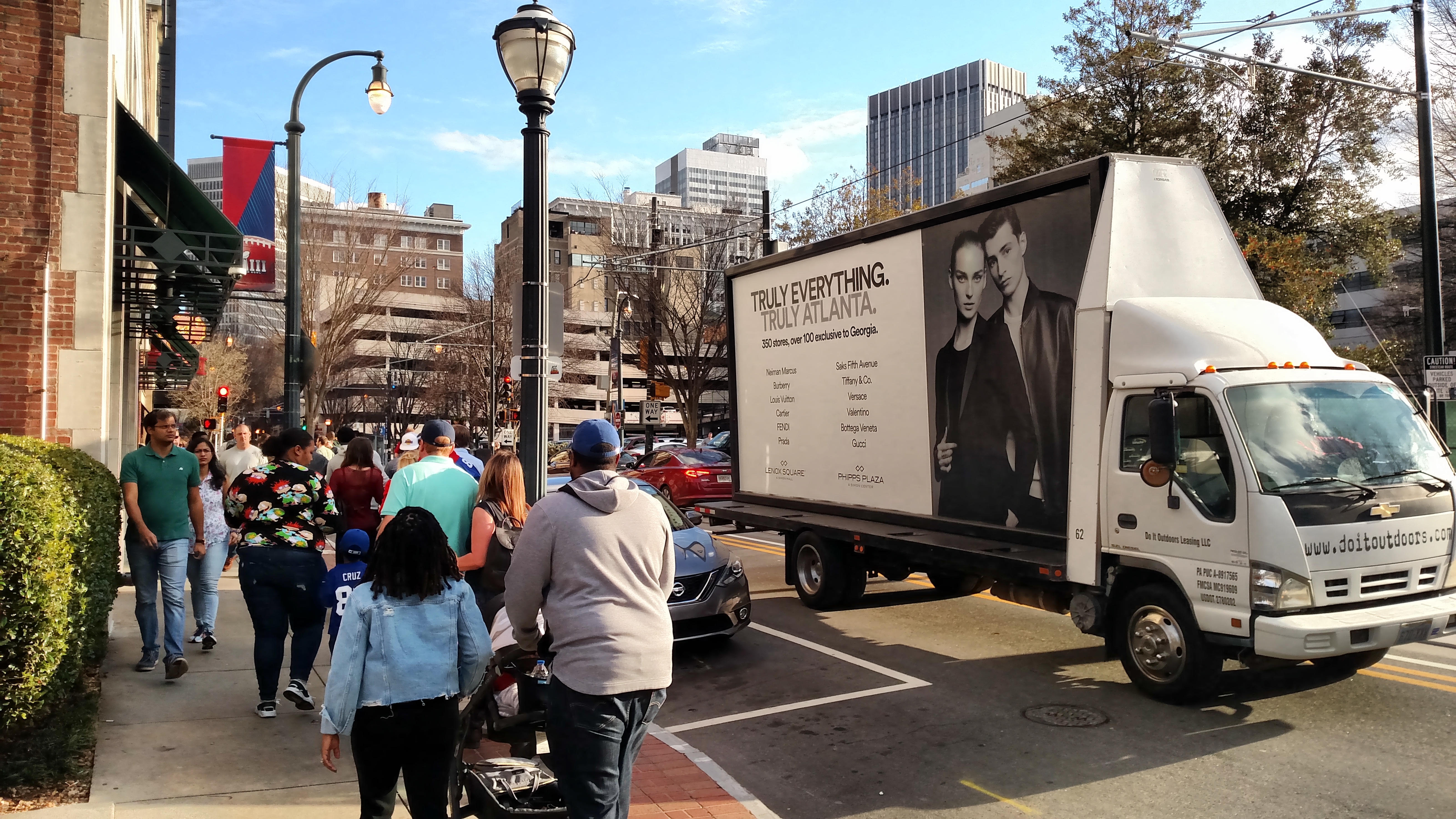 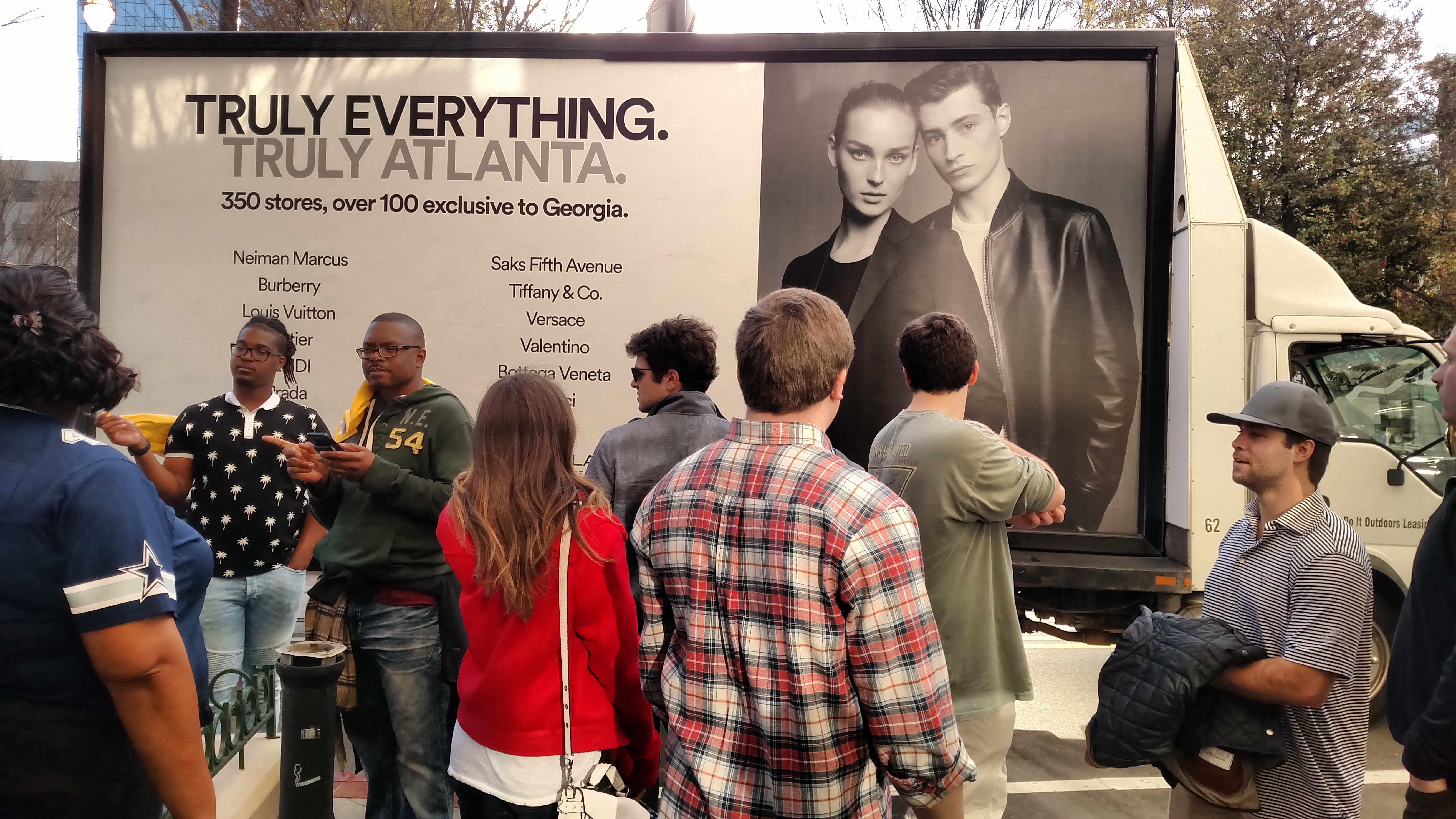 For these two campaigns, their Super Bowl advertising messages were location-based. Simon Malls wanted to drive visitors to their stores in market. Department of Homeland Security wanted to push their “see say” campaign with powerful creative to keep Atlanta safe.

Both achieved maximum impact with reach and frequency using OOH media formats. Super Bowl advertising really does come in all shapes and sizes.

There are iconic Super Bowl ads of the past that are rooted in memory, such as the Clydesdales, “Mean” Joe Green or 1984. You remember being huddled up on your couch, watching the entertainment unfold on your screen. (You probably weren’t on Twitter at the same time back then.) It takes a big creative to create those widespread connections. Don’t let nostalgia alone drive your desire. (We don’t watch the game the same way we used to, anyway.) Affiliations with the Big Game can happen in many places, not just on TV.

If you want to discuss a national media plan or a game day domination program, let’s get started.